The Attorney General’s Chamber feels that the punishments given by the High Court judge were not heavy enough. 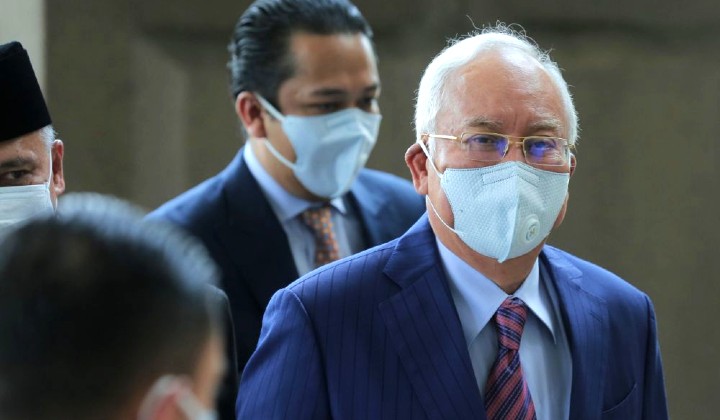 The Attorney General’s Chambers (AGC) has filed a notice of appeal, seeking the court to mete out heavier penalties against former prime minister Datuk Seri Najib Razak on all seven charges that he was convicted of.

Speaking to Malay Mail, Datuk Mohd Dusuki Mokhtar, head of the Appeals Unit in the AGC’s appellate and trial division confirmed the news, saying they are appealing against the inadequacy of the sentencing.

Meaning we feel the sentence is not adequate, we are seeking heavier penalties on all seven charges.

Mohd Dusuki explained that now after the appeal has been filed, the AGC will wait for the record of appeal to be prepared by the High Court.

Then, usually, the Court of Appeal will fix case management to make certain all parties are ready for hearing. Usually, a hearing date will be fixed after the case has gone through case management.

Abuse of power (Section 23 of the Malaysian Anti-Corruption Act 2009), carries a penalty of a maximum of 20 years’ imprisonment and a minimum fine of RM10,000 or up to five times the sum or value of the bribe, whichever is higher.

Meanwhile, the penalty for criminal breach of trust (Section 409 of the Penal Code) is a minimum of two years’ and a maximum 20 years’ imprisonment, whipping and a fine.

Finally, for money laundering (Section 4 of the Anti-Money Laundering, Anti-Terrorism Financing and Proceeds of Unlawful Activities Act 2001), a convicted person faces a maximum of 15 years’ jail term and a fine of up to five times the amount of money laundered or RM5 million, whichever is higher.

Najib was fined RM210 million and a total of 12 years in prison as the judge ordered the jail sentences to run concurrently. He has since filed his own appeal against the High Court’s decision and the punishment mentioned above, on 30 July.