Your favourite Marvel characters have been immortalised in science! 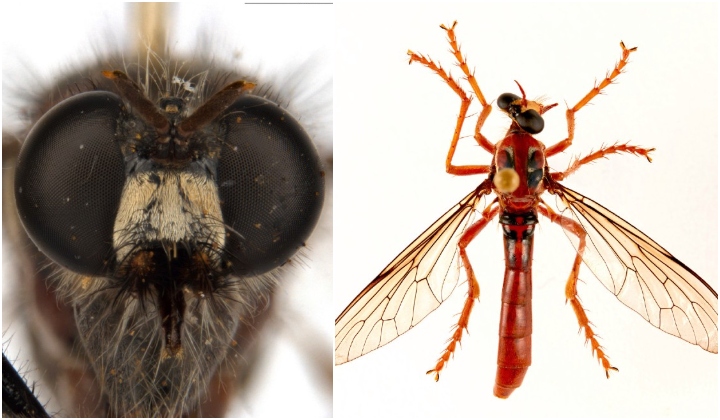 What happens when scientists are also comic book fans? Well, they might be inspired to name newly discovered things after their favourite comic book characters.

At least that was the case with a group of entomologists in Australia who have named five recently discovered fly species after characters from the Marvel universe and its creator, Stan Lee.

Speaking to Reuters, CSIRO entomologist Dr Bryan Lessard, who himself goes by superhero name Bry The Fly Guy on Twitter, said that naming a species is the first and most important step to understanding that species.

Without a scientific name, these species are invisible to science.

The five flies with Marvel universe names are:

5. Deadpool’s fly (Humorolethalis sergius), its scientific name is Latin for wet or moist and dead, and the fly’s markings resemble Deadpool’s mask.

We chose the name Humorolethalis sergius. It sounds like lethal humour and is derived from the Latin words humorosus, meaning wet or moist, and lethalis meaning dead.

According to the Commonwealth Scientific and Industrial Research Organisation (CSIRO), these superhero flies are a part of 165 new species discovered in the past year.

CSIRO bee and wasp expert Dr Juanita Rodriguez noted that while naming new species definitely has a fun side, it is also vital science for our everyday lives as it helps us understand the differences between species. This simple task could save their lives and our own.

Dr Juanita shares that they had also recently discovered a new species of spider wasp, a discovery that could be a key use in the healthcare industry.

Spider wasps have venom that could be useful for treating Alzheimer’s disease and epilepsy, but most Australian spider wasp species are unknown to science.

Foster Your Child’s Curiosity With These Five Home Experiments