He has yet to disclose the party’s name. 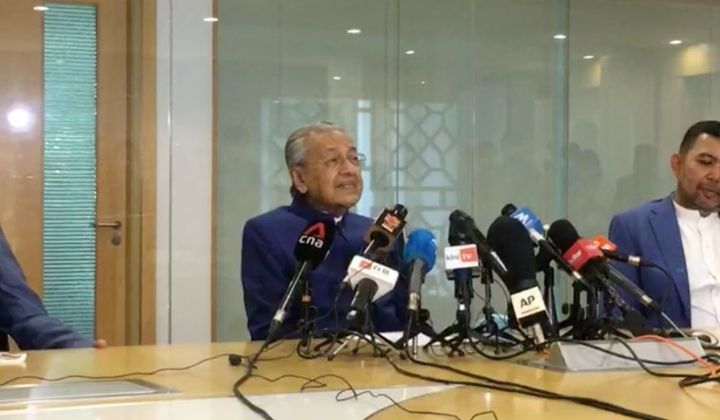 Ex-Prime Minister Tun Dr. Mahathir Mohamad just announced that he has formed a new political party and will be registering it as soon as possible. This came after the High Court dismissed the lawsuit filed by him and four others to challenge the revocation of their Parti Pribumi Bersatu Malaysia (Bersatu) memberships.

As it is widely known, this is not the first time Dr. Mahathir has switched or formed a new party. We compiled a list of all the parties he has joined, left, and formed over the years:

Dr. Mahathir first entered the Malaysian political arena through the United Malays National Organisation (UMNO) party when he was 21. He was an active member of the party and represented it at Kota Setar, Kedah in the 1964 General Elections. This was also Dr. Mahathir’s first time becoming a Member of Parliament.

The 1969 General Elections saw Dr. Mahathir losing his seat to a Parti Islam Se-Malaysia (PAS) candidate.The election was followed by the infamous May 13 racial riot, for which the doctor openly blamed Tunku Abdul Rahman. This move led to his expulsion from UMNO.

It was also around this time that Dr. Mahathir published The Malay Dilemma, which pointed out the economic as well as educational gap between the Malays and the Chinese.

Tunku Abdul Rahman resigned from his post as Prime Minister and was replaced by Tun Abdul Razak. The latter then extended an invitation to Dr. Mahathir to rejoin UMNO.

The subsequent years saw Dr. Mahathir rise through the ranks both in the party and in government: from becoming a Senator in 1973, the Minister of Education in 1974, Deputy Prime Minister in 1976, and finally Prime Minister and President of UMNO in 1981.

UMNO held a leadership election in 1987, which resulted in Dr. Mahathir successfully defending his post as president of the party from Tengku Razaleigh Tengku Mohd Hamzah.

However, the results were challenged by a group known as the UMNO 11 as they found that some delegates were ineligible for the party’s election. The group then filed a lawsuit against the party, requesting the court to rule the 1987 party election as null and void. The court agreed and UMNO was deregistered in 1988.

Dr. Mahathir acted swiftly and registered a new political party – called UMNO (Baru) – a few days after the deregistration, joined by a few leaders from the previous UMNO party. He also retained his position as Prime Minister, and would go on to serve in that position for the next 22 years – becoming the longest-serving Prime Minister in Malaysia.

2003 – The resignation that took everyone by surprise

The good doctor shocked UMNO members and the country when he tearfully announced that he is resigning from his position as party president, as well as the position of Prime Minister along with it. Dr. Mahathir’s position was then passed to Tun Abdullah Ahmad Badawi.

Dr. Mahathir went into retirement but remained vocal about his political views. He also stayed as an UMNO member after his retirement.

After UMNO lost its two-third majority for the first time in the 2008 General Elections, Dr. Mahathir said that he is quitting the party. This was said to be a move on his part to force Abdullah, the fifth Prime Minister, to resign.

The latter eventually resigned a year later, and Dr. Mahathir rejoined the party. His return was welcomed by Datuk Seri Najib Razak, who described it as a “new chapter where past and present leaders of UMNO can work together” for the benefit of the party.

This was when the media started to report extensively about the 1Malaysia Development Berhad (1MDB) scandal, which implicated then Prime Minister Najib Razak. Dr. Mahathir made calls for UMNO to sack Najib, but this was unsuccessful and he decided to leave the party again.

Dr. Mahathir then formed Bersatu with a few former UMNO leaders. The political party was registered by Tan Sri Muhyiddin Mohd Yassin, who was expelled from UMNO earlier in June, and Dr. Mahathir is named its Chairman.

In 2017, Bersatu joined the Pakatan Harapan (PH) and Dr. Mahathir was made Chairman of the coalition. He then represented his party in Langkawi for the 2018 General Elections, won and returned as the seventh Prime Minister of Malaysia. Dr. Mahathir broke the world record during that year as the world’s oldest state leader.

After what was popularly known as the “Sheraton Move”, Dr. Mahathir again resigned from his position as Prime Minister. Bersatu soon announced its departure from PH, which was then followed by a series of changes in Malaysia’s political arena, eventually seeing Muhyiddin becoming the new Prime Minister of Malaysia.

In May, Bersatu removed Dr. Mahathir along with four other members for sitting at the opposition’s side during that month’s Parliament session. The membership termination was challenged by Dr. Mahathir in court, which resulted in him announcing that he might form or join a new party.