Fraser’s Hill might have a giant 15-storey resort and spa dwarfing the quaint little town. 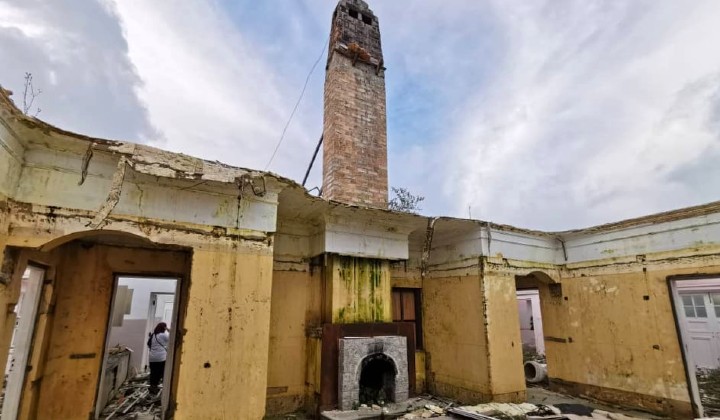 Frasers Hill is commonly known as Little England, and is a popular local tourist spot in Pahang. However, the picturesque little town is currently facing uncertainty as a private developer plans to build a 15-storey resort and spa.

Last month, a colonial-style bungalow and an abandoned resort were demolished. Residents living there were in the dark over the new development project, with the demolition catching them off-guard. No signage was posted until after demolition works began.

Even the National Heritage Department was not aware of the demolition, and only realized when they received complaints. However, the department also notes that the demolished buildings were not gazetted as a historical or heritage building, the developers would not have needed permission to continue such works.

However, residents and the Persatuan Alam dan Warisan Bukit Fraser (PAWBF), a society to preserve Fraser’s Hill’s natural wonders and heritage, claims that the demolition was carried out without the submission of an Environmental Impact Assessment (EIA) report to the Department of Environment.

Their concerns are extremely valid, as the construction area is only a few meters away from Allan’s Water, the only lake in Fraser’s Hill, which is also a favoured recreational park. The area is also prone to landslides, underlying the risk of major soil movements. In a nutshell, without a proper EIA report, all the residents and even the developer themselves are risking heavy environmental damage.

But even more crucial than that is the fact that Fraser’s Hill is home to a wide variety of biodiversity due to its unique geography. As one of the last remaining hill stations in the country, Fraser’s Hill is a popular tourist spot for its tranquil and quiet landscape, but it is also an important area for scientists and researchers to explore.

Over 952 indigenous species have been found in Fraser’s Hill, accounting for 10% of all plant species discovered in the entire country. There are also 250 types of unique birds found in the area, and is even gazetted by international NGO BirdLife International, which strives to conserve bird species and their habitats.

Fraser’s Hill is so packed with beautifully unique birds that you don’t even have to be a professional birdwatcher to catch sight of these rare birds. You just need to stand still and keep an eye on the trees.

Frasers has some of the prettiest and unique species of birds concentrated in a small area. If you aren't adventurous, you can just hang around the areas mapped out during the event and I say you'd at least spot some of these birds, you don't even have to travel super far! pic.twitter.com/cfpEMSvOiD

The PAWBF and residents of Fraser’s Hill are not resistant to the idea of new buildings and updated developments. However, the sheer size and scale of the new development and the lack of transparency involved is alarming for the people with the most to lose.

Develop it, but not overdevelop it

In particular, PAWBF notes that Fraser’s Hill is rich in history and biodiversity and should not be overdeveloped. In fact, Fraser’s Hill is working to achieve State Park status, highlighting the importance of preserving its current environmental health.

They have started a petition to review the plans for the new developement, which you can view via this link.

Feeling Bored On The Weekend? Have An Artsy Free Time Here