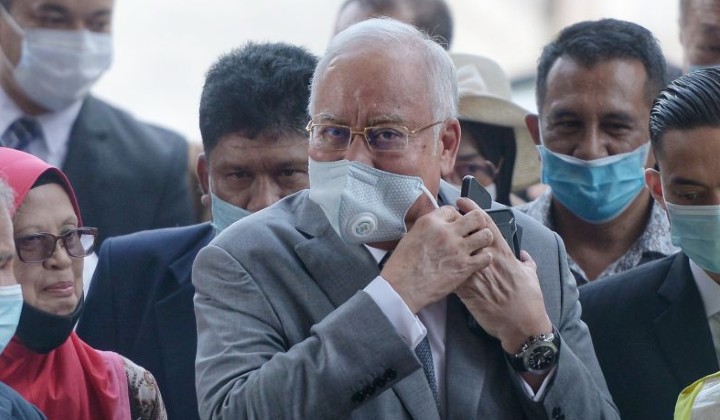 Although he was slapped with a RM210 million fine and jail time of up to 12 years, Former Prime Minister Datuk Seri Najib Razak can still attend Parliament until his appeal is completed, said Dewan Rakyat Speaker Datuk Azhar Azizan Harun.

What you need to know: The Speaker said that the Pekan MP can still carry out his duty as Member of Parliament until the end of his appeal process.

Recently, the former Prime Minister was found guilty for multiple charges against him due to the his involvement with SRC International Sdn Bhd.

What the law says: According to Article 48 (1) (e) of the Federal Constitution, a Member of Parliament can be disqualified if the person has been convicted in court and sentenced to not less than one year in prison and fined not less than RM2,000.

What happens next: The court has granted Najib’s to appeal for a stay of execution and raised the bail amount by another RM1 million.

However, High Court judge Mohd Nazlan Mohd Ghazali said that Najib’s status now has been changed from the accused to a convict.