The Taman Aman park has been flooding due to the heavy rain. 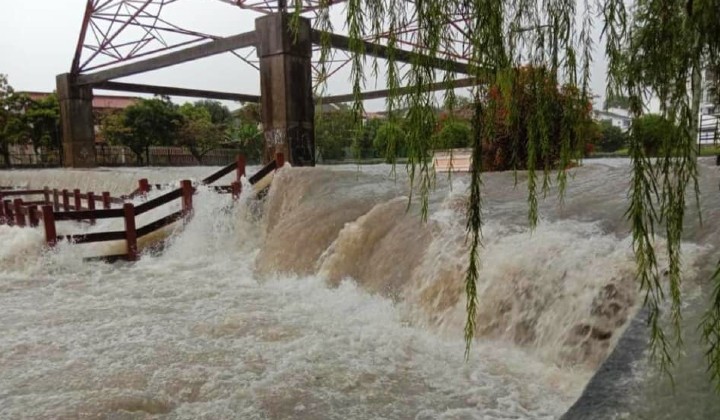 The Taman Aman park in Petaling Jaya has been flooding all week due to heavy rain, alarming residents as pictures and videos ended up on social media with rainwater gushing through the park.

However, this isn’t a design flaw- in fact, the park is working exactly as it is supposed to.

Taman Aman is not a lake. Taman Aman is a flood retention pond, and that includes the entire park. The whole point of the park is to capture rainwater and flood completely during heavy rainfall so that the houses nearby would be safe from flooding.

According to a post by Petaling Jaya City Council member Farhan Haziq, Taman Aman has five inlets and just one outlet to control the flow of water. The park will take about an hour to fully drain the water after the rain, and be back to normal again.

However, it is likely that the lake will need to be deepened to hold even more water, as recent rainfall has been swift and heavy. If Taman Aman fails to retain the bulk of the rainfall, the houses nearby might experience some form of flooding.

That Taman Aman is a flood retention pond is not a well-known fact, as local residents who have lived in the area for years were unaware of it as well, which led to the initial alarm.

However, Petaling Jaya residents should still practice caution and to not wander into the park to take photos or videos when it does flood.