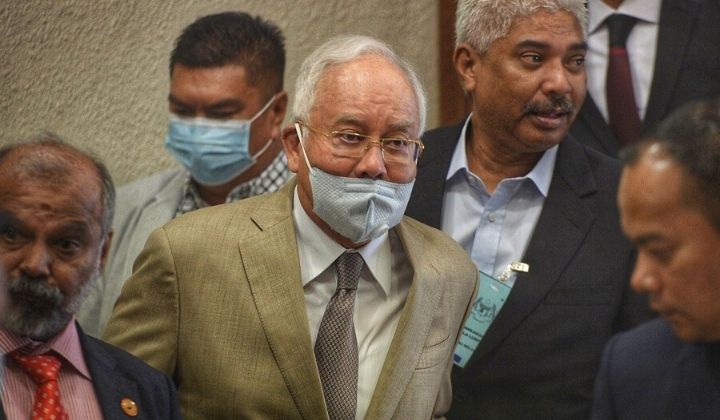 [UPDATED] Najib has been found guilty on all seven charges made against him in the SRC trial.

The seven charges, as read out by High Court judge Justice Mohd Nazlan Mohd Ghazali, are as follows:

This is in relation to the charge of him misappropriating RM42 million from SRC International Sdn Bhd, which is a 1MDB subsidiary company. The judgment was read by Justice Mohd Nazlan Mohd Ghazali on the morning of 28 July 2020.

If convicted, Najib may face 20 years in jail and a fine of not less than five times amount of the bribe, or RM10,000, whichever is higher.

The SRC trial is just one of the five criminal trials related to 1MDB that involves the ex-Prime Minister.