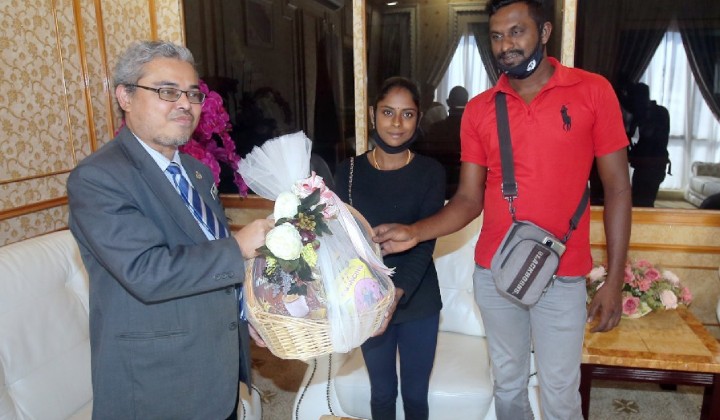 It seems after taking down their own videos on YouTube, Sugu Pavithra will be coming back with brand new content.

M Sugu, the husband of S Pavithra, admitted to deleting all 98 videos on the channel which was uploaded since last January due to several personal factors.

He said a new video is expected to be uploaded on YouTube this afternoon after discussions have been made with several parties.

I myself deleted all the videos after what happened.

Recently the videos were taken down from their channel, which has amassed more than 700,000 followers.

This was after the incident broke out on 21 July when M Sugu brought a sickle to a hospital in Ipoh and allegedly attacked S. Pavithra which caused multiple injuries.

He was charged at the Ipoh Sessions Court with unlawful possession of a 26-inch sickle and was later charged for hitting his wife.