He’s been charged for carrying a 26-inch sickle at a hospital. 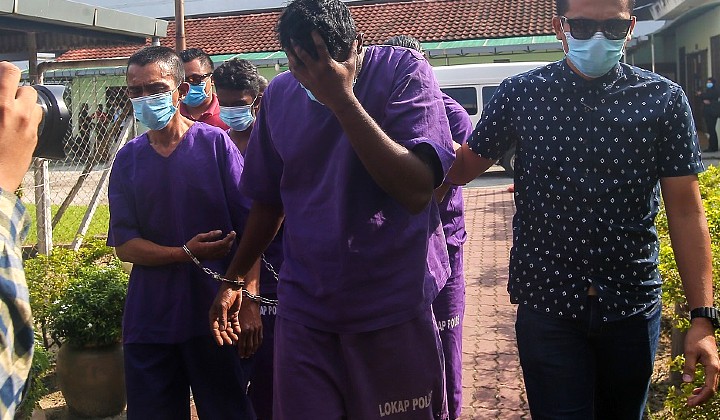 M. Sugu, the husband of YouTube cooking sensation S. Pavithra has pleaded not guilty of possessing a dangerous 26-inch sickle in public.

What you need to know: M. Sugu was charged with possession of a dangerous weapon in public at the Hospital Raja Permaisuri Bainun parking lot on July 21 at around 6pm. He was charged under Section 6(1) of the Corrosive, Explosive, and Dangerous Weapons Act 1958. If convicted, he could face not less than five years and not more than 10 years of imprisonment, and whipping. His bail has been fixed at RM10,000 with one surety.

Who said what: Deputy public prosecutor Mohd Waffy Ismail notes that the case is serious as the weapon was brought out in public, and especially at a hospital. However, defendant lawyer Mahinderjit Singh noted that the weapon was found in the accused’s car and not on his person. Furthermore, his wife S. Pavithra had already withdrawn the report lodged.

How it got here: M. Sugu allegedly attacked his wife S. Pavithra at a hospital parking lot. Apparently, the couple had been quarreling since Monday and Sugu hit Pavithra while under the influence of alcohol. Later on, a nurse then called the hospital guard reporting of a drunk man brandishing a grass sickle about to enter the hospital. Sugu was then arrested by the police over domestic abuse allegations.