This isn’t going to be like that time your Pak Ngah fought your Ayoh Cik. 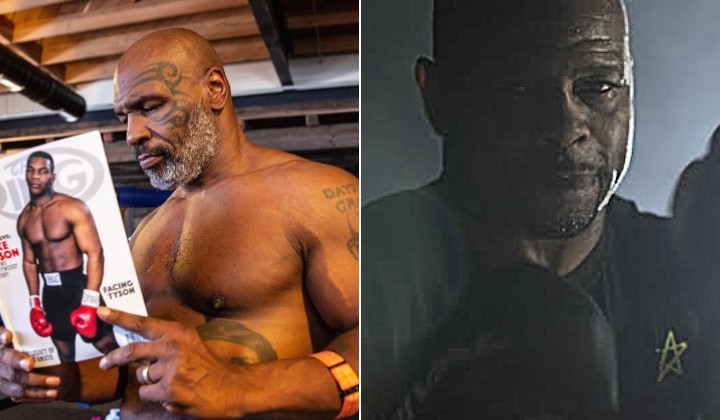 54-year-old boxing legend, Mike “Iron” Tyson will be stepping back into the ring against another retired fighter, Roy Jones Jr.

Announcing his comeback on social media, Tyson looks to be fired up for an anticipated historic match-up between “David and Goliath”, as Jones Jr. himself labeled the fight.

Credited as the youngest, undisputed heavyweight champion from 1987 to 1990, Iron Mike had raked up a total of 50 wins with 44 knockouts before retiring in 2006.

His opponent, 51-year-old Jones Jr., held championship titles in the middleweight, super middleweight, light heavyweight and heavyweight categories and won 66 matches including an impressive 47 knockouts before retiring in 2018.

The two giants are set to dance for eight-rounds during a special “Frontline Battle” exhibition match on September 12, 2020 at the Dignity Health Sports, California and broadcasted live on the content sharing network, Thriller.

Also known as the “Baddest Man on the Planet”, Tyson is famed for his ferocity both inside and outside the ring, having bitten a chunk out of an opponent’s ear in the ring, serving time in prison, as well as struggling with drug addiction and mental health problems.

But in his later years, Tyson has repeatedly gone on to say that he’s trying to make amends for his past life and has been working on making real change in the community.

Besides the upcoming fight, Tyson also announced the launch of the “Legends Only League”, a new sports division aimed at honoring retired athletes by having them relive their glory days in the ring or on the field.

Introducing my new venture. Legends Only League, bringing back legends of all sports. @TysonLeague https://t.co/HllhUXyYG4 pic.twitter.com/647q4g5LTX