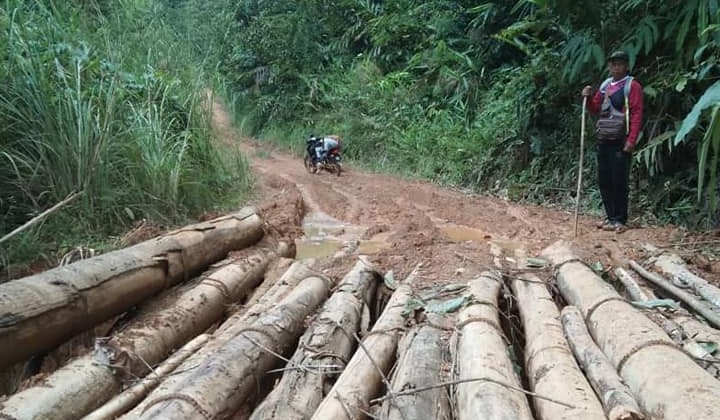 Sometimes you have to take matters into your own hands as 40 Orang Asli villagers in Pos Balar, Kelantan have taken the initiative to repair damaged roads and rebuild 4 temporary wooden bridges.

Why are they doing this? So that they can send their kids to school.

According to Bernama, the village head (or Tok Batin as they are known) Alek Busu, said the villagers tried their best to rebuild the bridges because today (22 June) is the first day of school reopening for Years One to Four pupils.

The villagers organised a gotong-royong during which they collected some 300 pieces of wood from the nearby forest to build these pathways.

We hope that the government can replace our temporary bridges with new one made of concrete which will be a lot safer for us to use.

Their access was cut off due to damaged roads and collapsed bridges caused by heavy rains.

This is not the first time that the villagers had to put up with connectivity issues due to heavy rains as Berita Harian reported that they faced the same problem in 2018.