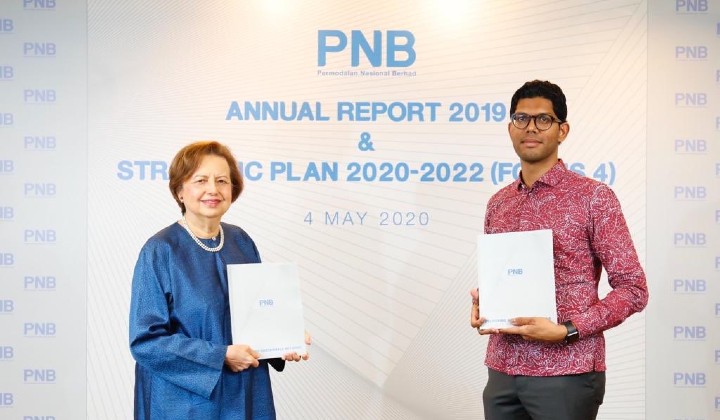 The London School of Economics and Political Science (LSE) has confirmed that Jalil Rasheed, former Permodalan Nasional Bhd (PNB) president and group chief executive officer is not one of its graduates.

What you need to know: The information came to light after Bangi MP Ong Kian Ming asked Prime Minister Muhyiddin Yassin during Parliament about Jalil’s resignation.

The written reply said the Securities Commission (SC) had made further enquiries on the matter after inconsistencies in Jalil’s academic and employment background were found. The SC had a meeting and discussion with Jalil for further clarification on 11 June.

By 13 June, Jalil tendered his resignation, citing personal reasons. His resignation was accepted by PNB board of directors during a meeting on 15 June.

Who said what: Jalil claims that his decision to resign was due to harassment he was facing that made him worry for his family’s safety. On his personal Twitter account, Jalil shared that he had received abuse calls from private numbers for a week prior to his resignation. He also shared that some of his social media accounts and corporate emails had been hacked.

How it got here: Jalil was appointed by the government of former premier Tun Dr Mahathir Mohamed on 1 October 2019. Prior to that, he was with UK fund manager Invesco, where he was the Singapore-based CEO for Southeast Asia. Upon his appointment, Jalil was the youngest person to head PNB in its 42-year history.

After eight months at the helm of the country’s largest fund management company, he suddenly resigned.

Despite his resignation, SC insisted on investigating the issue saying that a Capital Market Services Licence (CMSL) holder like PNB is required to seek SC’s prior approval before appointing its chief executive. It added that PNB must also ensure all information submitted to the SC for approval are true and correct after conducting due diligence enquiries.

Going Jalan-Jalan? Skip The Traffic And Just Take The Train Directly To These Malls!