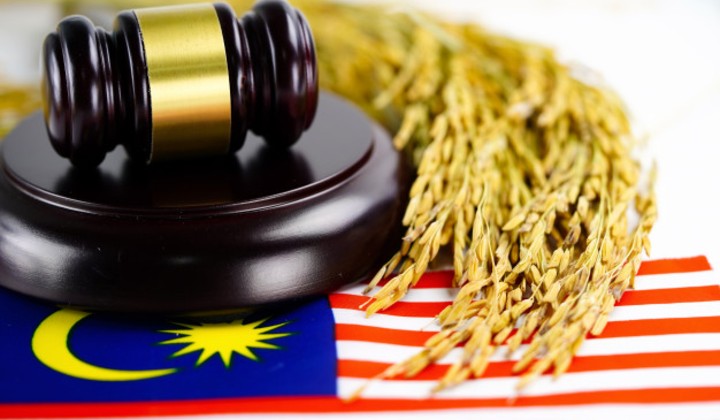 Subscribe to our new Telegram channel for our latest articles.

Essentially, any proposals to introduce or change a law has to go through three levels of approval before it can be accepted and officiated. The three levels are the Parliament (Dewan Rakyat), the Senate (Dewan Negara), and the Agong.

This three-level system is why sometimes it can take a while before a law is published in the Federal Gazette and comes into effect.

Of course, this isn’t the only way a law is created or amended. Sometimes, new laws or amendments happen through the courts as well. But we won’t be touching on that in this article. If you want to know more about that, do refer to this excellent article by AskLegal.

Proposals to introduce or amend a law are called Bills.

A Bill contains the general structure and idea of the law and must be drafted and discussed before being brought to Parliament. A draft of a Bill is sometimes also suggested in Parliament before the contents of the Bill gets formulated.

So, who suggests and formulates a Bill? That depends on the type of Bill. There are three types;

Public Bills
Public Bills are those that deal with problems affecting the general public like crime and taxation. These can be proposed by the government or Private Members of Parliament (private members are MPs that don’t head any ministries).

However, Public Bills that deal with money – like the Federal Budget or GST/SST – can only be proposed by the government.

Usually, these Bills are formulated by the Attorney General Chambers of Malaysia (AGC), or a special committee set up by the government.

Private Bills
Private Bills are those that deal with private or local problems. These can be proposed by any private individuals or non-government associations outside Parliament.

Hybrid Bills
These deal with issues that involve both the public and private individuals. Both the government and private parties can propose them.

Once the Bill has been drafted and formulated, it’s time to get approval.

Dewan Rakyat (technically lower chamber of Parliament) consists of MPs – the people we voted for during general elections. They are supposed to represent the people in their constituency and bring up their issues in Parliament.

In Parliament, the Bill will go through four levels before being passed on to the Senate.

First Reading – Nothing much happens during the First Reading, this step is really just a formality. The title of the Bill will be read and a copy of it will be circulated to all MPs present. No debates or votes will be held at this point yet.

FYI, since Parliament only meets 3 times a year, there is a priority list of Bills to hear. So, not all Bills have a chance to be read during a session. This is another factor that can affect how fast a law is amended or introduced.

Second Reading – Debates and discussions on the contents of a Bill happen during this Reading. MPs might raise questions or contribute suggestions to the Bill and they are also required to vote on the Bill at this stage.

Committee Stage – Here, Parliament will decide if a Bill is scrutinized by a “Committee of the Whole House”, where all MPs are allowed to take part in debating and voting on the contents of the Bill, or a “Select Committee”, where only a group of selected MPs do this.

This stage will involve extensive debates and they might even decide whether or not to include an amendment proposed by the committee.

Third Reading – No more amendments are allowed at this point, and final debate on the Bill will take place. A voting session is held and if it gets a simple majority vote (51%) it will then be forwarded to the Senate.

Dewan Negara (technically upper chamber of Parliament) consists of members appointed by the Yang di-Pertuan Agong on the advice of the Prime Minister. They act as the checks and balance of the Dewan Rakyat.

If you’re curious to know who exactly are the current Senators in Dewan Negara, you can take a look at the list here.

Dewan Negara cannot reject a Bill, they can only propose amendments which must then require the agreement of the Dewan Rakyat.

They can do this by just re-introducing the Bill again in the a parliamentary session the following year (which might be another reason why this takes so long). Then, even if Dewan Negara again does not pass it, it can be automatically passed to the next level. That is, straight to the Yang di-Pertuan Agong.

According to Article 66(4) of the Federal Constitution, the Yang di-Pertuan Agong must approve a Bill within 30 days from the date it was presented to him.

If he doesn’t do this, it can still automatically become law at the end of the 30 days.

A New Law Is Formed

After going through the three approval levels above, the law will be published in the Federal Gazette. Once published, it comes into effect and the Bill reaches its final form as an Act of Parliament.