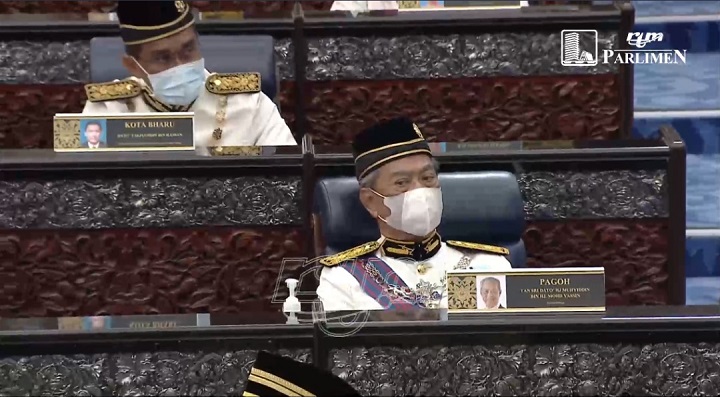 Five unknown ministers in Prime Minister Tan Sri Muhyiddin Yassin’s Cabinet have yet to declare their assets to the public.

The PM said in Parliament that 97% of the Cabinet of Ministers had already made mandatory asset declarations and that he would be making efforts for the rest, particularly Perikatan Nasional (PN) Members of Parliament (MPs) and deputy ministers to do so immediately.

The PM also added that MPs have three months to get their declarations done.

Muhyiddin had previously ordered for all MPs under the PN administration to make a declaration of income, assets and property within 3 months from the date they were sworn into office, continuing on the policy enforced during Pakatan Harapan’s (PH) time in power.

However, exactly how the PM came to this calculation is unclear.

In total, the PN government has 32 ministers and 39 deputy ministers within its current administration. This would mean that only 93% of MPs have made their assets public if five people haven’t.

In 2019, Dewan Rakyat passed a motion to have all MPs declare their assets including income and wealth accumulated by their spouses, children and trustees, to be displayed publicly on the Malaysian Anti-Corruption Commission’s (MACC) website.

The procedure was implemented to ensure transparency in the government and help curb acts of corruption.

MP’s who fail or falsely declare their assets can be found guilty of violating the Statutory Declarations Act 1960 and Section 199 of the Penal Code, which carries the punishment of jail time and harsh fines.

In the previous rounds of asset declarations in 2018 (which is no longer available online), Datuk Ngeh Koo Ham (DAP-Beruas) was apparently listed as possibly the richest politician in Malaysia with assets valued at RM75 million, which Ngeh Koo himself later corrected to amount to RM82 million.