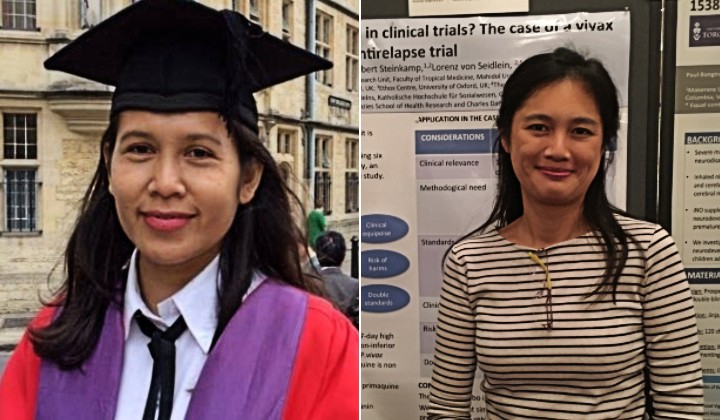 Recently, Malaysians rejoiced over news of Dr. Masliza Mahmod becoming the first Malaysian woman to be promoted as an Associate Professor at the prestigious Oxford University.

But as it turned out that honor had actually gone to another #AnakMalaysia by the name of Dr. Phaik Yeong Cheah who is the Associate Professor of Oxford University based in Bangkok, Thailand.

In a shorts statement made on Facebook, Dr. Masliza alluded to the fact that Dr. Cheah had been an Associate Professor in Biotechnics and Engineering with Oxford since 2016!

We’ve all been sleeping on Dr. Cheah

In fact, Dr. Cheah actually heads the Department of Bioethics and Engagement at the Mahidol Oxford Tropical Medicine Research Unit (MORU) in Thailand where her work focuses on conducting research and working with vulnerable members of society like women, children, migrants as well as the disadvantaged and disenfranchised on ethical related issues.

Graduating with a PhD on chronic prostatitis from a university in Penang, Dr. Cheah has been in the medical field since 1998 where she began her work in clinical trials.

She reportedly has been with Oxford since 2005 and was also the head of MORU’s Clinical Trials Support Group which worked on clinical trials and research. Prior to moving to Thailand, Dr.Cheah served at Oxford’s Clinical Trials and Research Governance department in the United Kingdom where she reviewed, monitored, and audited clinical trial procedures and research protocols for the university.

Apparently, Dr. Cheah harbors a passion for ethics and issues relating to the community as well as an interest in pediatric research – branch of medicine dealing with children and their diseases -, besides also being a major fan of the arts.

Reportedly, Dr. Cheah had even led a community theater project in Cambodia where children were given singing and acting lessons to educate rural communities in the fight against malaria.

If you’d like to find out more about Dr. Cheah’s work, you can check out her quick interview with Oxford, HERE;