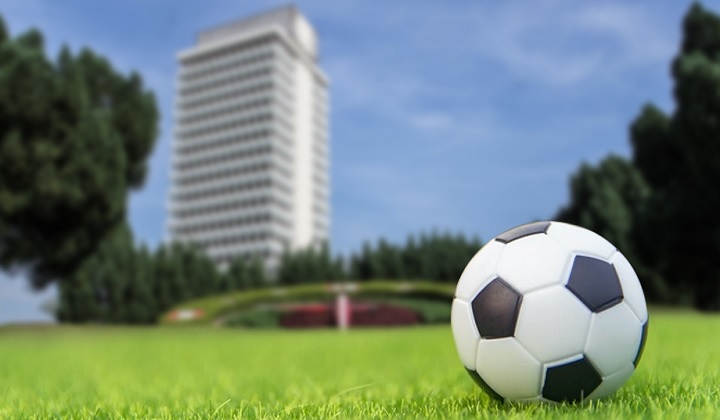 A lot of people on social media were appalled by the interruptions by BN MPs when the young Independent MP of Muar, Syed Saddiq Syed Abdul Rahman, made his first appearance as an Opposition MP in Parliament.

Briefly, as Langkawi MP Tun Dr Mahathir Mohamad made way for Syed Saddiq, a few BN MPs shouted “CUCU! CUCU!” (grandchild! grandchild!) and talked over him as he was making what were valid points, though admittedly he could have formed them into a question.

Videos of the incident have also gone viral with many saying that this is not how Parliamentarians in a mature democracy should behave.

What they may not understand is that these are not MPs misbehaving. This is a strategy used very effectively by experienced BN politicians, and to a lesser extent appear to have been adopted by some PH MPs, very much like the positions of players in a football team.

Think of them like Mid-fielders, Defenders, Goalkeepers and Strikers in football.

It should also be noted that most of the time, the Opposition is on the offense and the Government is on the defense, and the Speaker of the Dewan Rakyat acts as the Referee.

The job of the Midfielders is to keep possession of the ball, passing it between players on their team, moving it up the field, and using the ball to score goals.

In Parliament, these are the quintessential debaters who are more likely to be given time to speak, but also ask pointed questions to try and find weaknesses in their opponents speeches and motions.

Defenders protect their teammates and simultaneously try to disrupt the attacks of opposing team players. In order to do their part, they usually play right up to what is allowed and thus frequently commit fouls.

In Parliament, these MPs are usually the ones shouting over others, disrupting and delaying proceedings in order to distract from the speeches of their opponents. They are also often ejected from the Hall and make headlines which gain more attention than the issues being debated.

The Goalkeeper is tasked with defending their team’s goal. They rarely jump into the fray and usually act as the final line of defense in case attackers break through their team’s defensive lines.

In Parliament, these are usually calm and controlled Ministers from the Executive, but can also consist of former Ministers, or more experienced MPs in the case of the Opposition.

Strikers go for the big plays and the big points, trying to lock out the game and are thus frequently fouled by Defenders.

In Parliament, these are usually the party leaders and the most charismatic speakers. They are usually called on to speak first or last.

Just like in football, some players might multitask or switch roles on the fly as even Defenders and Goalkeepers might run up the field to score if an opportunity opens up, or Strikers may fall back to defend.

Furthermore, whether this strategy is nice to see or even what we want to have in Parliament is beyond the scope of what is being discussed here. Sufficed to say it works and BN is very good at using it as they have been doing so for years.

While some PH MPs have learned to adopt or adapt, time will tell whether this strategy will continue to be used in the future or if another strategy will surface as new or younger MPs make their way onto the field.