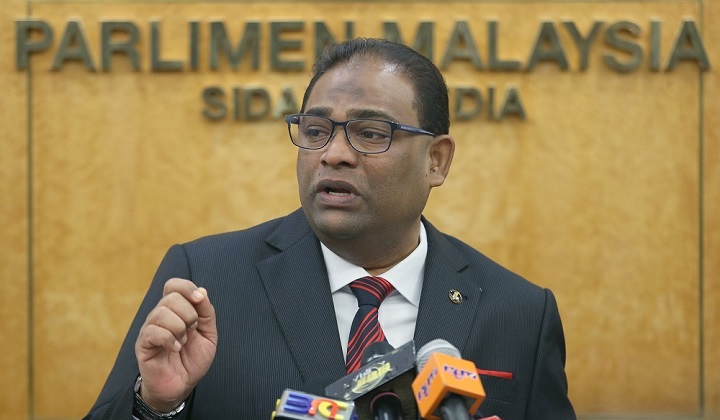 Yesterday, the afternoon session was cut short following an uproar when Abdul Azeez made comments that Opposition MPs found to be racist and sexist.

“Those words are offensive,” said Azhar today, “and I want him (Abdul Azeez) to apologise for them.”

Abdul Azeez then stood up and said he had no intention to call anyone “gelap” (dark).

“For 2 years I sat in the same spot and it’s dark there so we never get the attention of the Speaker. I meant the space. By God’s will I was also born dark and had no intention of calling anyone dark, and I apologise,” he said.

However, his apology was not enough for Kasthuriraani Patto (DAP-Batu Kawan) who had been speaking when Abdul Azeez shouted “Gelap! Tak nampak!” yesterday.

“No matter what reason given by Baling, it’s not appropriate as we know it’s not about this area being dark. Why does he have to say “wear powder”? That’s very sexist and racist,” said Kasthuriraani.

Azhar agreed but stressed that he considered the matter settled.

“I have said that was offensive, and asked him to apologise,” said Azhar.

Kasthuriraani pushed on, saying Abdul Azeez is a repeat offender and telling him to apologise and take back what he said is not enough.

However, Azhar said he would take further action if Abdul Azeez continued to make offensive comments and apologised to her himself.

Azhar said he also did not know she was the one speaking as she was sitting in the public gallery and he didn’t know how to address her at the time.