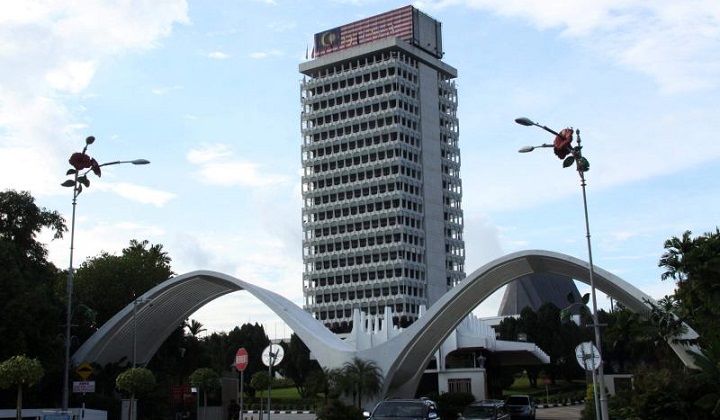 Someone in PN is a masterful tactition and in just an hour, our politics showed its true self: Brutal and merciless.

The morning debates were spirited as Tan Sri Mohamad Ariff Md Yusof vacated the seat of Speaker at the urging of the Prime Minister.

This alone was unprecendented but at least it was done in a manner we’re used to. Then we broke for lunch.

As MPs were still strolling back in after lunch at 2.30pm, the widely respected Datuk Azhar Azizan @ Harun was invited into the Lower House, sworn in and took the seat of Speaker in moments.

There was no vote; A formality that even BN would let play out back in the day despite everyone knowing that Tan Sri Pandikar Amin Mulia would be made Speaker.

As Azhar began his speech, he was interrupted by Khalid Samad (AMANAH-Shah Alam) who questioned the former’s authority.

Khalid is one of the loudest voices in Parliament by volume alone and while he is not alone in being among the more unruly MPs, he was the only one ejected till the end of the day by the new Speaker.

He would eventually take back the last comment but also said he wasn’t referring to her when he said it, and saying he was talking about putting powder on himself.

But it was enough. Along with RSN Rayer (DAP-Jelutong) Kasthuriraani took the bait and the House erupted into shouting which probably contributed to Parliament being suspended at 3.30pm till 11.00am the next day.

Speaking to the Press after, Azhar said he would not allow that sort of behavior to continue.

But then he pointed out that because there was no other candidates put forth, he and his new Deputy Speaker Datuk Seri Azalina Othman Said were appointed by default.

The Opposition indeed did not suggest any other candidates, taking the view that Tan Sri Mohamad Ariff Md Yusof should stay on and, even if he left, they should get 14 days to nominate their candidate from the day of departure.

However, section 4(1) of Parliamentary Standing Orders doesn’t say that.

Every member who wishes to propose a person who is either a member of the House or is qualified for election as such for election as Yang di-Pertua shall ascertain previously that, that member is willing to serve if elected, and shall notify the Setiausaha of his proposal in writing at least fourteen days before the meeting.”

A member addressing himself to the Setiausaha, shall propose some other member or person then present to the House for its Yang di-Pertua, and move “That …………(naming the member) do take the chair of this House as Yang di-Pertua”. The proposal shall be seconded, but no debate shall be allowed.

So technically, if he was properly nominated at least two weeks ago, Azhar is right.

Just like how Tan Sri Muhyiddin Yassin was voted in by MPs speaking directly to the Agong, which is how our PM is legally appointed, Azhar and Azalina didn’t need to be voted in because there was no other candidate.

PH would have to know 15 days before today that this was going to happen in order to stop it and it’s clear that even their best, Gobind Singh Deo (DAP-Puchong), didn’t catch on till it was too late.

It might feel wrong, and look wrong, taste, smell and sound wrong, but it is legal and according to the rules.

Someone in PN is a masterful tactician playing exactly by the book and if PH doesn’t start reading up, they’re going to lose even more skirmishes.