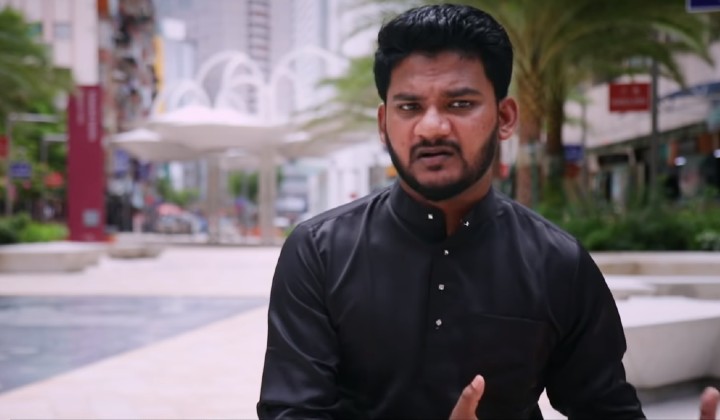 After launching a manhunt for Md Rayhan Kabir, 25, the Police now have confirmed that the man’s work permit has been revoked by the Immigration Department.

What you need to know: Inspector-General of Police Tan Sri Abdul Hamid Bador said the Immigration Department has informed the police that Rayhan is now an undocumented migrant that will be deported home.

Therefore he needs to surrender himself before being deported back to his home country.

How it got here: It all stemmed from a documentary made by Al-Jazeera about how local authorities are handling the Covid-19 and immigration situation.

After the video was released, it received backlash from some quarters of the public and the government, the latter of which launched an investigation on the news outlet.

Why is he targeted: Rayhan was one of the people interviewed in the short-documentary in which he spoke up against the authorities for their alleged mistreatment of immigrants.

They make a trap for us, they may give food, they give medication, all these things they give. So no one expected that they were going to arrest people. They’re not murderers, they’re not criminals, they’re just undocumented.

What happened after: At the time of writing the video is one of top trending videos on YouTube with close to 2 million views and 333,000 dislikes

Many within the government, including Senior Minister Datuk Seri Ismail Sabri Yaakob slammed the video and demanded an apology from the news organisation for allegedly false reports.

The Immigration Department also released Rayhan’s personal details to the public to locate the man while its Director-General, Datuk Khairul Dzaimee Daud warned that other foreigners who criticise the country could have their passes revoked.