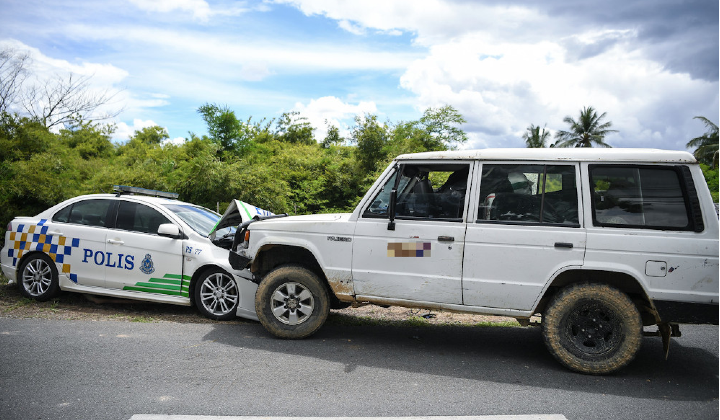 It seems that lady luck was not on one ketum smuggler’s side as he rammed into a motorcade at Felda Mata Ayer in Perlis while transporting the drug.

The thing is, the motorcade was used to escort the Tourism, Arts and Culture Minister Datuk Nancy Shukri.

According to reports, the suspect drove a four wheeler which crashed into a police mobile patrol vehicle after hitting two traffic police bikes.

However, the minister’s entourage was unharmed in the incident, while the driver of the MPV suffered a hand injury

The police also seized 19 white sacks believed to contain ketum leaves which weighed around 570 kg as well as 0.8 grams of drugs believed to be metamphetamine.

It was also reported that police have identified the 43-year-old as a resident of Felda Mata Ayer.

Currently, police are throwing the book at the driver and investigating the case under the Penal Code, Road Transport Act 1987, and Poisons Act 1952 for attempted murder, obstructing civil servants from carrying out their duties, reckless driving, and smuggling of ketum leaves.