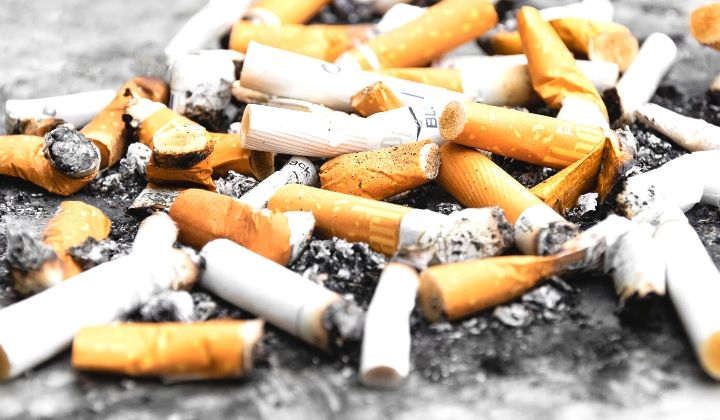 A recent report by Oxford Economics found that an alarming 59% of the cigarettes sold in Malaysia are from the illicit cigarette trade.

This means that around six out of 10 cigarettes sold in Malaysia are from the black market.

What are “illegal cigarettes”?

According to the report, “illegal cigarettes” refer to cigarette and tobacco products that are smuggled into Malaysia. This includes:

As of 2018, about 75% of the illegal cigarettes sold in Malaysia are smuggled whites.

What are the effects of the illicit cigarette trade?

Oxford Economics’ report found that the sale of illegal cigarettes in Malaysia cost the country around RM5.1 billion in taxes back in 2018. The number has since increased to about RM5.3 billion in 2019.

It is found that 62% of the total tobacco market in Malaysia is owned by criminal gangs. This comes as no surprise since the illicit cigarette trade is run by smuggling syndicates, which propagates corruption in the country. Rising levels of corruption may then open the doors to more criminal activities in the country, which could affect our safety.

Illegal cigarettes, with their low pricing, is also linked to the growing trend of underage smoking among Malaysian youth. Around 90% of Malaysians are of the thought that the prevalence of cheap illegal cigarettes pose a huge health risk to local youth.

What can we do about it?

While our law enforcement agencies are working hard to stop the illicit cigarette trade, it is also important for us to help them. One of the easiest and best ways to help is to create awareness and conversation around the topic of the black market in Malaysia.

Understanding this, British American Tobacco Malaysia (BAT) launched Stop The Black Market, a nationwide campaign aimed at creating awareness about the illicit cigarette trade and encouraging Malaysians to have discussions about it.

BAT Malaysia has shared statistics regarding the socio-economic effects of black market cigarettes on the campaign’s site, and encourage Malaysians to share their thoughts about it. They also invite people to have conversations about the black market on social media, so that more will be aware of the negative impact it has on our country.

Enforcement alone is not enough to address this issue. More attention needs to be drawn to the severity of the issue and Malaysians should have an avenue to voice their concerns, hence why BAT Malaysia is coming to the forefront with this campaign.

Join the conversation online and Stop The Black Market.