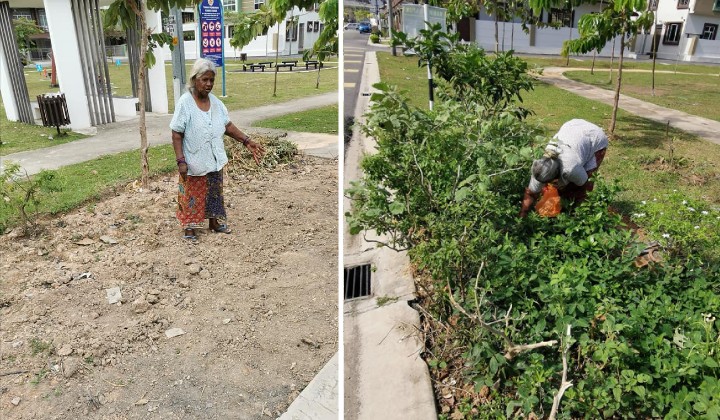 A senior citizen’s hard work over the course of MCO was for naught when the Seremban City Council order the removal of her little vegetable garden that she had planted at a public park.

According to a Facebook post by Selvi Aldragen, her 82-year-old grandmother had been diligently tending to the garden, which was planted on a small piece of land next to a children’s playground.

Selvi notes that her grandmother had been grieving the loss of her husband, who passed away a year ago. She says that gardening is her grandmother’s way of coping with her depression.

Her grandmother received a notice to remove the garden, and just a few days later, officers came to dig up the entire garden.

Selvi’s grandmother had planted all kinds of Indian herbs, brinjals, peanuts, and chilis. The vegetable garden grew so well that she was able to sell them to neighbours during the movement control order (MCO) for a small amount.

Selvi hoped that her grandmother could have been given more time and advice on replanting the garden elsewhere, but instead her grandmother had to witness officers digging up her hard work right in front of her.

Even though her grandmother was using a public area, Selvi notes that all she did was plant low-rise vegetables, not build an illegal structure.

Her story reaffirms the pressing need for more community gardens that is accessible to the public. Not everyone is fortunate enough to have workable land for planting, and gardening has already been proven to be therapeutic as a popular hobby.

We have reached out to Selvi Aldragen for more details on the story. See the full post below.

TLDR: How Ahmad Zahid, Rosmah, Najib And Shafee Abdullah Got Their Passports Back