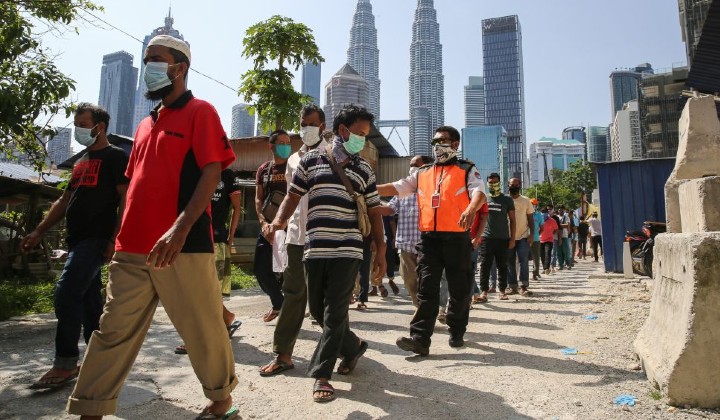 The government has criticised the report made by Al Jazeera which claims that the country mistreated immigrants during the Movement Control Order (MCO).

Al-Jazeera’s report accusing the government was racist when enforcing the MCO is incorrect.

He explained that the Government had implemented the Movement Control Order (MCO) under Act 342 to deal with the Covid-19 outbreak.

Meanwhile, some non-governmental organisations (NGOs) expressed their support for the government’s current policy on illegal immigrants.

In a report by The Sun, Antrabangsa NGO Chairman Datuk Dr Mustapha Ahmad Merican said that allegations made about Malaysia not sympathising with the illegal immigrants is incorrect as he said that the group had been well-treated.

He said that measures taken during the Movement Control Order (MCO) were firm but fair.

This was after the Qatar-based news outlet published a video documenting how Malaysia tackled the pandemic and its immigration problems during the MCO.

The video received backlash from the public as at the time of writing, and has amassed around 170,000 dislikes.