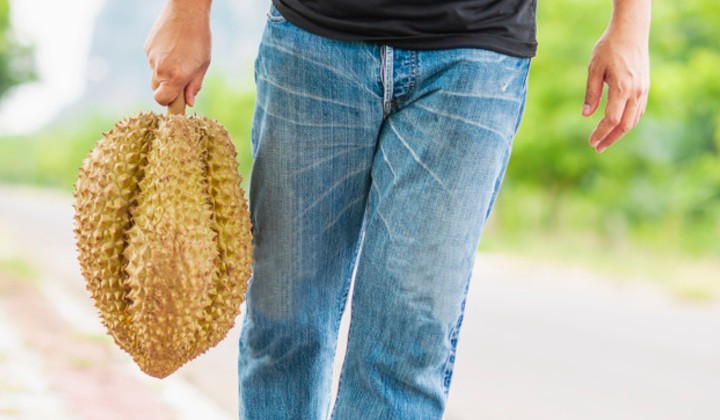 A rogue durian hit a lorry, causing the driver to lose control of the vehicle, hitting a parked car, and ending with two men sustaining injuries in Balik Pulau, Penang.

The durian flew into the lorry through the open window on the driver’s side, hitting the driver in the head and landing on the hands and feet of the passenger.

Lim Chai Huat, an air-conditioning technician, was driving the lorry at the time with two Bangladeshi co-workers. They have since received medical attention at Balik Pulau Hospital and lodged a police report on Thursday, 30 June.

Their employer, Lim Beng Huat, suspects that the rogue fruit had fallen off a tree or fell off another vehicle ferrying durians.

The durian itself was not reported to be hurt.