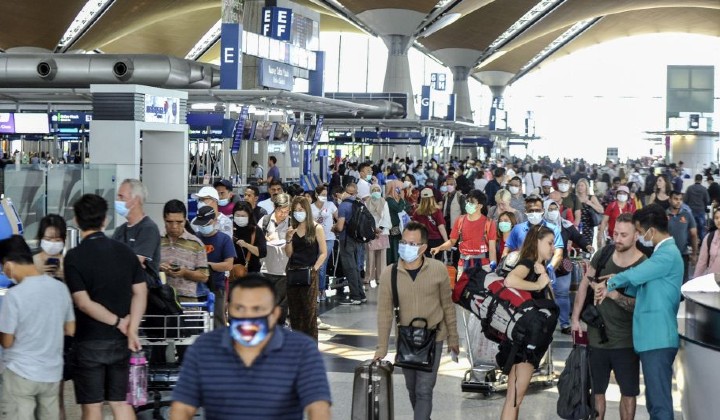 As Malaysia is slowly managing to control local Covid-19 transmissions, the country is discussing with other nations to opening up their borders again.

It’s called the “green bubble” where people can go to one country without having to go through the 14-day quarantine period.

The green bubble concept is coined after New Zealand proposed to create a Trans Tasman bubble which essentially allows their people to travel to Australia without having to undergo the mandatory two week quarantine period.

They plan to reopen their borders in September.

Similar moves have been made elsewhere in the world as the Baltic nations of Estonia, Latvia and Lithuania have already started a travel bubble to allow the citizens to move around these three countries.

It’s reported that only those who haven’t travelled outside these three nations over the last two weeks and who have not been infected can travel without restrictions.

As for Malaysia, the “green bubble” concept is similar as travellers won’t have to do the same.

Currently, as per Health Director-General Datuk Dr Noor Hisham Abdullah, we are talking to a few nations already to allow people to travel again.

These are countries which have low local cases:

According to Dr Noor, we have started discussions with Australia on the possibility to allow for travel.

Previously, he said, Malaysia has already held talks with neighbours Brunei and Singapore.

Meanwhile, Malaysia, Thailand, Singapore and Vietnam are among the Asia Pacific countries allowed to return or visit England without having to go through the 14-day quarantine process, according to their Ministry of Transport.

They’ve announced that more than 70 countries can enter the country without undergoing a quarantine process starting 10 July.