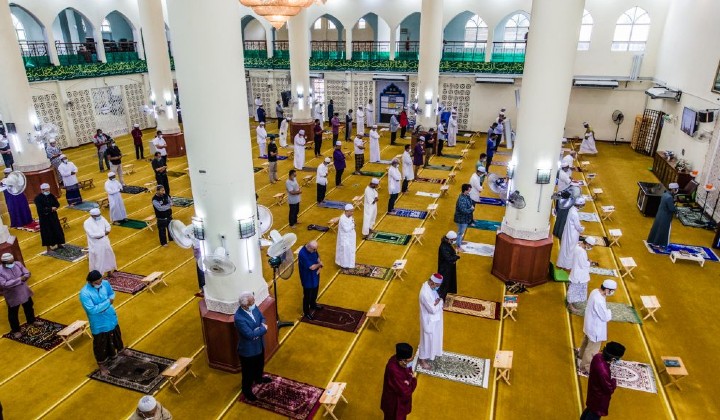 Many Malaysians, especially men who attend weekly communal Friday prayers, were met with strict government-mandated Covid-19 guidelines, which included mandatory check-ins, social distancing, and hygiene practices, and even having to apply for an “invitation” to attend prayer sessions, making it quite a frustrating process for some.

Every week, scenes of worshipers eagerly queuing in long lines outside of mosques, ever hopeful to be part of the collective, slowly became protocol.

Did I just drive 150km/h from kajang to some random surau in Putrajaya for Jumaat prayer? Yes I did

Alhamdulillah. Ayah was so excited today because he got the chance to solat Jumaat at the mosque ❤️ pic.twitter.com/iE9veeq8wf

But for men, who for whatever reasons, find themselves left out of communal Friday prayers, the Selangor Mufti Department doesn’t want you to feel down or discouraged.

According to Selangor Mufti Datuk Mohd Tamyes Abdul Wahid, individuals who fail to get approval or invites to attend Friday prayer sessions at their local mosques are still performing their responsibilities as Muslims during the time of a global health crisis.

The Cleric explains that Muslims are duty-bound to take every precaution necessary to safeguard the community.

Offering a more religious context to his explanation, the Mufti clarified that individuals who don’t receive invites to attend Friday prayers, after applying or waiting in line to do so, are essentially exempted from Sin and are instead encouraged to perform the Zohor prayer in place of the former activity.

The Mufti said that worshipers can perform Zohor some 30 minutes after the call to prayer a.k.a. the Azan, at any given mosque, suraus, or in private.

So the next time you miss out on the chance to attend congregational prayers at the house of God, remember that your are still doing your part in protecting the Ummah from harm.