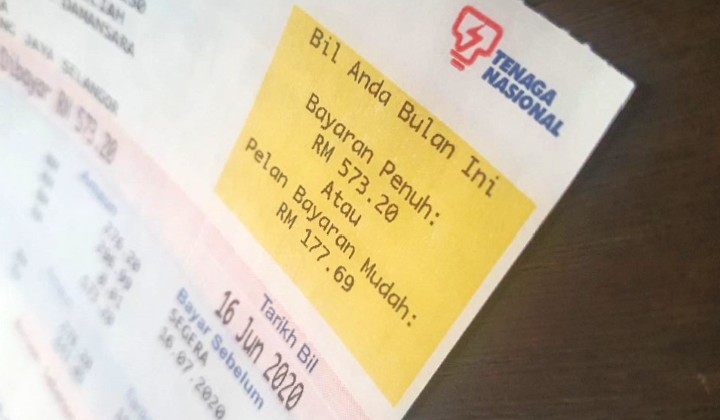 People have been rather concerned over their electricity bills from TNB since the CMCO, with some claiming that there’s been more than a 300% increase than their usual monthly usage. Bills for the 3-month period spiked because TNB adopted an aggregated reading of the meter.

Due to this confusion, TNB has announced that domestics customers will be receiving a Detailed Statement in July, which will contain all the information of the Bantuan Prihatin Elektrik (BPE) they received in April, May, and June.

Now, in addition to that, the government has announced the extension of discounts offered under the Prihatin Economic Stimulus Package until December this year.

The electricity bill discounts were originally only supposed to be last until October.

This 3-month extension will benefit up to 7.66 million domestic users in the peninsula and up to 520,000 and 589,000 in Sabah and Sarawak respectively.