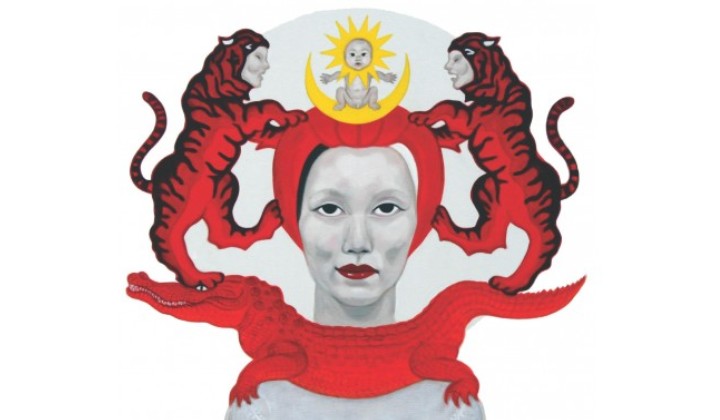 Recently, a particular book from a local publisher has stirred controversy mainly due to its cover resembling the Jata Negara or the country’s coat of arms.

Titled Rebirth: Reformasi, Resistance, And Hope In New Malaysia, the cover of the book has angered many netizens who pointed out the similarities and urged authorities to take action.

Viewing it as an offence, government officials and agencies have issued statements on the issue.

Communications and Multimedia Minister Datuk Saifuddin Abdullah views the publication as unpatriotic and wants hefty punishment to be given.

As a Malaysian, the individuals should be aware of their unpatriotic and irresponsible actions. It is rude behavior that we cannot compromise. The police will conduct a thorough investigation, and I hope those involved will be given a hefty punishment.

Even the Prime Minister’s office came out with a statement saying that the actions should be punished as it’s against the law.

Any party who infringes on the use of the National Coat of Arms may be prosecuted and punished under the Emblems and Names (Prevention of Improper Use) Act 1964.

Under the Act, those who violate section 3 shall be guilty of an offence and shall be liable on conviction to a fine not exceeding RM1,000.

The publisher of the book later apologized as Chong Ton Sin, the Director and Founder of Gerakbudaya said that it was unintentional and they did not think that it would catapult into such a big issue.

Meanwhile, the police have started investigating those behind the creation of the book, which are the author, editor and publisher.

They also confiscated around 300 copies and based on their findings, there are 1,000 copies that have been printed.

The case is being investigated under the Emblems and Names (Prevention of Improper Use) Act, the Sedition Act, the Printing Presses and Publications Act as well as the Communications and Multimedia Act.

It’s not offensive, some say

Lawyers of Liberty slammed the investigation as Coordinator Zaid Malek said that the act only prohibits the use of the coat of arms without written permission from the Minister.

It does not prohibit any artistic rendition inspired by the nation’s coat of arms such as the one used on the cover of the book, which no sane person would mistake for the country’s actual coat of arms.

Local cartoonist Zunar also questioned the investigation as he said that the designer used the coat of arms as a visual reference and that artists shouldn’t be held responsible for the public’s interpretation of their work.

But who made the cover?

As for the origins of the artwork, another local artist, Fahmi Reza explained that the cover is in fact, a painting that has been in existence for years now.

The painting was made by Shia Yih Yiing and was showcased at a local art exhibition in 2014.

The painting didn’t attract as much controversy back then as it did this time around because 6 years ago, the artwork was displayed in galleries but it didn’t attract any negative backlash despite it being in public spaces.

Local news outlets even made articles highlighting the artist’s artwork and according to Chong, the painting was even sold before the arrangements for the book cover was made.

What do you think? Do you think that’s there’s an intention of malice or was it just misinterpretation? Let us know on our Facebook, Twitter, and Instagram.