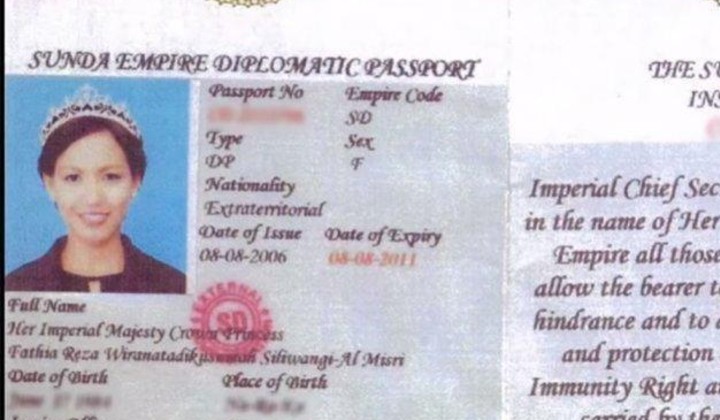 The problem is that no one has ever really heard of Sunda at all, and both women refused to identify themselves as Indonesian citizens, which rendered them stateless in Malaysia. Since we do not recognize the Sunda Empire as an actual country, they were detained at the border.

The Indonesian embassy has reported that the duo are currently being held at the Melaka Immigration Depot. The embassy has also continuously interviewed the women to clarify the confusion over their citizenship, but the women firmly refused any claim of being Indonesian.

Instead, they insisted on identifying as citizens of the Sunda Empire. Because of this, they have no country of origin, and Malaysia is unable to deport them back to Indonesia.

At the time of their detainment, they were 23 and 21 years old respectively. Now, Fathia Reza is 36 years old, while Lamira Roro is 34.

Both defendants claim that the Sunda Empire region covered all of Southeast Asia, including the Philippines, Thailand, Malaysia, Sumatra, Java, and all of Borneo.

However, there has never been any evidence that the duo had travelled outside of Indonesia before, as no records have been found.

The so-called Grand Prime Minister of the Sunda Empire is a man named Nasri Banks, also the father of these two women. His wife, the mother of the duo, is named Raden Ratna Ningrum, who holds the title “Her Royal Imperial Highness”.

Yet it seems like trouble follows this “royal family” around, as just earlier this year in January, Nasri Banks and his wife were both arrested and charged for fraud in Indonesia.

The Sunda Empire (also called the Earth Empire, or Empire of the Sun) was a movement started mainly on social media, based on historical romanticism of the past, where supporters revered the ancient Sundanese Kingdom in the current Indonesian region, active around 358-669 CE.

The current revival of the Sunda Empire first made waves in Indonesia in 2017, after footage of activities and pictures of alleged Sunda military were circulated online.