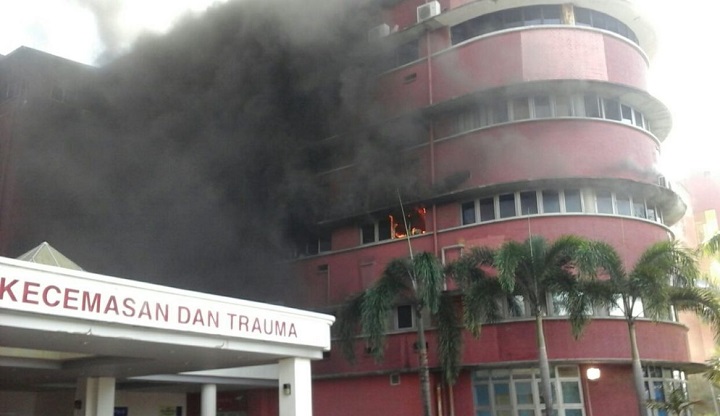 Boo Su-Lyn, Editor-in-chief of CodeBlue – a Malaysian health news portal – revealed today that she has been called in for questioning by PDRM over her reporting of a Johor hospital fire that killed 6 patients in 2016.

The October 2016 blaze in Hospital Sultanah Aminah (HSA), Johor Bahru broke out at the South Intensive Care Unit (ICU) ward and killed 6 patients while leaving one seriously injured. The horrific incident is also known as the worst hospital fire in Malaysia.

In a statement released on her Twitter account, Su-Lyn disclosed that she will be interviewed by the police at Putrajaya today over four articles regarding the declassified HSA fire investigation that revealed the hospital had operated for years without a fire certificate despite numerous fires breaking out since 2008.

The seven-member inquiry committee appointed by then-Health Minister Datuk Seri Dr S Subramaniam also found that none of the South ICU staff had undergone training in fire drills or emergency evacuation, despite four previous fire outbreaks in the ward.

After the findings were made public following a Cabinet decision in 2019, CodeBlue reported the findings on its site.

Su-Lyn stated that the articles were written as a matter of public interest, especially on the issue of fire safety at healthcare facilities and found the police investigations a distraction from the grave points of concern stated in the report.

The government should release to the public the full report by the independent investigation into the 2016 fire at HSA, which had been commissioned by the government itself. This was one of the recommendations by the inquiry.

She also stressed the importance of justice for the families of the six victims and the genuine accountability of those responsible for their deaths.

Their families deserve to know the truth.

Su-Lyn is being investigated under the Penal Code and Official Secrets Act (OSA).

I am being investigated under the Penal Code & Official Secrets Act over my articles on the declassified findings of the independent investigation into the 2016 fire at Hospital Sultanah Aminah that killed 6 patients. Police are interviewing me at 2pm today at IPD Putrajaya. pic.twitter.com/jUkfdQwCWV