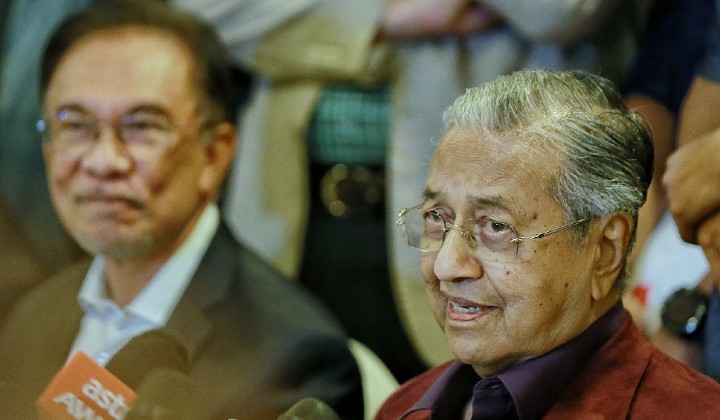 For a while now, the discussion of who should be Prime Minister if Pakatan manages to retake Putrajaya has gone back and forth between Tun Dr Mahathir Mohamad or Datuk Seri Anwar Ibrahim.

The Parti Keadilan Rakyat (PKR) President has rejected the idea of Dr M becoming Prime Minister again, even for a period of 6 months, and has instead offered the former Premier a “Minister Mentor” role like Lee Kuan Yew did after he stepped down.

However, Dr Mahathir dismissed the role, saying that he tried that with previous Prime Ministers and his advice had been largely ignored.

He then later decided that he would only work with DAP and Amanah, stating that he will try to explore other avenues to become Prime Minister and that these two parties understand the need for a core Malay party.

Meanwhile, Lim Kit Siang said that the support made to Dr Mahathir doesn’t mean that the Pakatan component parties are abandoning the PKR President.

The DAP veteran said the bipartisan call for Dr M to be given the lead of the Cabinet for six months was made because it was the safest way to get Anwar to become Prime Minister.