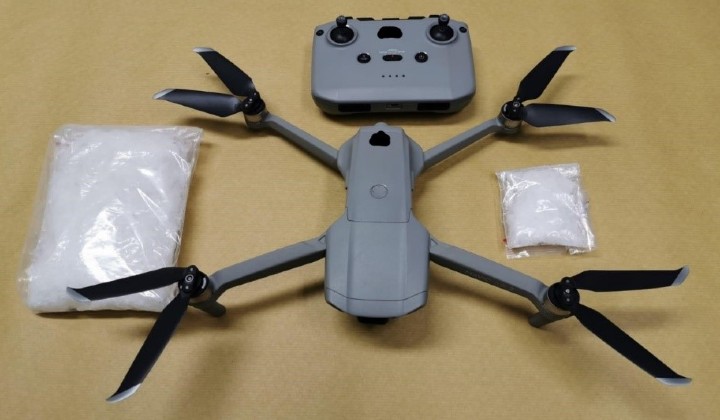 Drug smugglers have always been on the cutting edge when it comes to transporting their goods to buyers and trying to outwit law enforcement.

Recently, the Singapore Police Force (SPF) and the Central Narcotics Bureau (CNB) have arrested four Singaporeans, 3 men and 1 woman, for suspected drug activities as they found that narcotics were being brought into the country from Johor Bharu via drones.

They managed to foil the operations after the police detected some unusual unmanned aircraft activity in the vicinity of Kranji Reservoir Park and after observing the unmanned aircraft, they found that the drone had a bag attached to it which contained the drugs.

The police then arrested two men connected with the incident and two other individuals, a 24-year-old woman and a 40-year-old man, who is also suspected as a drug trafficker.

The total amount of 389g of ‘Ice’ that had been seized in these operations is sufficient to feed the addiction of about 220 abusers for a week.