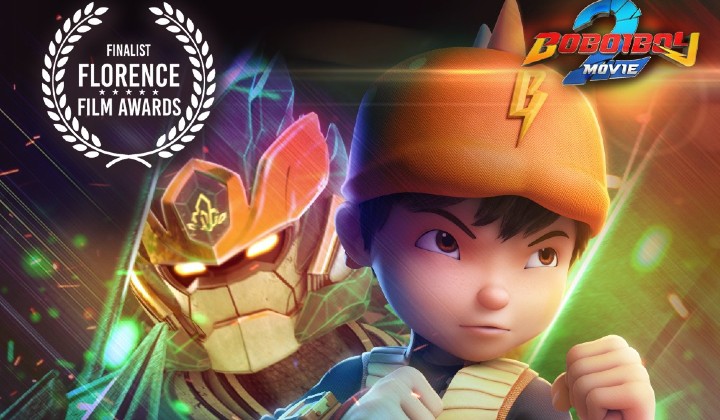 The Malaysian animated film Boboiboy Movie 2 (BBBM2) has been nominated as a finalist for the prestigious Florence Film Awards!

The happy news was announced on Boboiboy Facebook page on Tuesday (16 June).

For the uninitiated, the Florence Film Awards is a film festival held in Tuscany, Italy once a month. The objective of the festival is to promote films and support the careers of talented filmmakers.

In case you missed out and haven’t watched it yet, BBBM2 is a story about a teenage boy with superpowers who fights alongside his friends to protect Earth from villain Retak’ka who wants to take over Boboiboy’s elemental power to conquer the galaxy.

The film was released in cinemas in August 2019, captivated 2.5 million viewers and collected RM30 million, thus making it amongst the best-selling films in Malaysian history.

Directed by Nizam Abdul Razak and produced by Monsta Studio (formerly known as Animonsta Studio), BBBM2 will be competing in the film festival in Italy together with the other finalists for the Best Animated Film award for the month of June.

This amazing achievement isn’t BBBM2’s only one though, as the film was also nominated as a finalist at the New York Animation Film Awards 2020 for Best Animation 3D Film recently as well.

BBBM2 made an international achievement recently too after winning the Best Poster and Best Trailer categories at the Laurus Film Festival in Russia this year.

Best of luck to the BBBM2 team! May your hard work continue to be recognised!

Anwar Ibrahim Is Getting His Own Movie, With Farid Kamil As The Lead