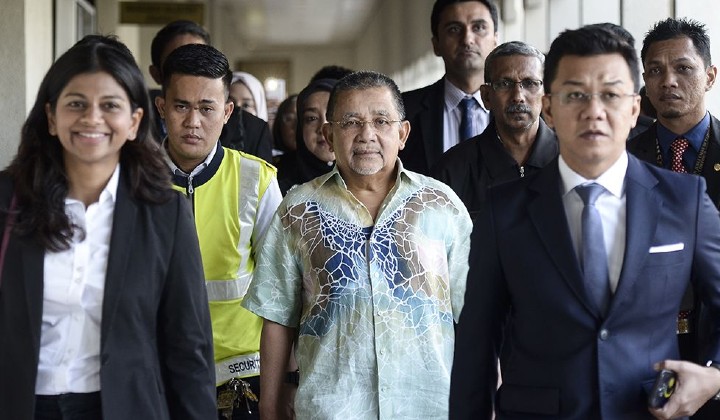 What you need to know: The High Court acquitted Isa Samad of one criminal breach of trust (CBT) involving Felda’s purchase of an RM160 million hotel in Sarawak. However, the latter still faces nine corruption charges for allegedly receiving RM3 million. The defense trial on the remaining charges will resume in August.

Who said what: Justice Mohd Nazlan Mohd Ghazali said that the prosecution failed to prove elements of CBT against the accused under the Penal Code, but managed to establish prima facie on the 9 graft charges under the Malaysian Anti Corruption Commission (MACC) Act.

How it got here: Isa Samad who is also the former Menteri Besar of Negeri Sembilan pleaded not guilty to have committed CBT and receiving bribes for the purchase of the Merdeka Palace Hotel and Suites (MPHS) in Kuching by the Felda Investment Corporation Sdn Bhd (FICSB) from Gegasan Abadi Properties Sdn Bhd between 2014 and 2015.

Read more:
Isa Samad told to enter defence for all but one charge on Sarawak hotel deal (FMT)
Isa Samad to know his fate on CBT and corruption charges tomorrow (The Edge)