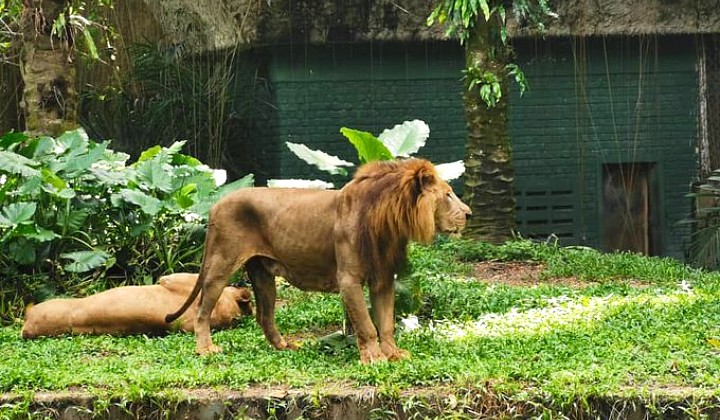 Just as visitors return to Zoo Negara as it opens its door during the Recovery Movement Control Order (RMCO), a picture of a “skinny” lion at the zoo has caused quite a stir online.

Shared by Twitter user @f4izalhassan with the caption “pray for our skinny lion”, the feline’s seemingly scrawny figure became the centre of attention on social media from Thursday, 11 June.

Many social media users were upset, concerned about the lion’s health and nutritional needs. Some even questioned the use of funds donated by the public for the zoo’s adoption programme during the MCO.

Genuine question, can these animals be send to other zoo? Where they can be in better care? People have been donating and its still not enough cause the cost is high, with current situation i dont think they can gain profit soon, but why do we need to let these animals to suffer?

Prayers aren’t going to help. He needs food. Is the zoo short of funds? If it is say so. Posting messages asking people to pray is distressing. @zoonegara_theme

@iamkamilia ingat tak when I questioned Zoo Negara. Fund yang masuk melimpah2. At the end look at that poor lion. I’m not an animal lover/expert but that lion looks like it doesn’t get enough food.

Since Zoo Negara is a non-governmental organisation (NGO) operated by the Malaysian Zoological Society, they depend on donations and ticket sales to cover their operating costs.

When TRP reached out to the organisation, the initial response reads as follows:

Just like any of the zoos around the globe, the animals are following strict dietary controls in place.

We are still awaiting for a full statement from Zoo Negara at the time of writing and will update the article accordingly.

Another Twitter user shared screenshots of her conversation with someone presumed to be working with Zoo Negara. The conversation seems to point towards the viral image being that of an old lion and that the zoo’s veterinarians are constantly monitoring the health of the animals.

Based on the image, the “skinny” feline appears to be an asiatic lion that generally weighs between 110-190kg.

Research says that in captivity, asiatic lions with an average body mass of 100kg consume 6% of their total body mass.

We also checked for more images of the asiatic lion and in comparison, the specimen in Zoo Negara appears slightly leaner, but not quite “skinny”.

With a total population size is about 350 animals, the asiatic lion is listed as endangered on the IUCN Red List of Threatened Species.