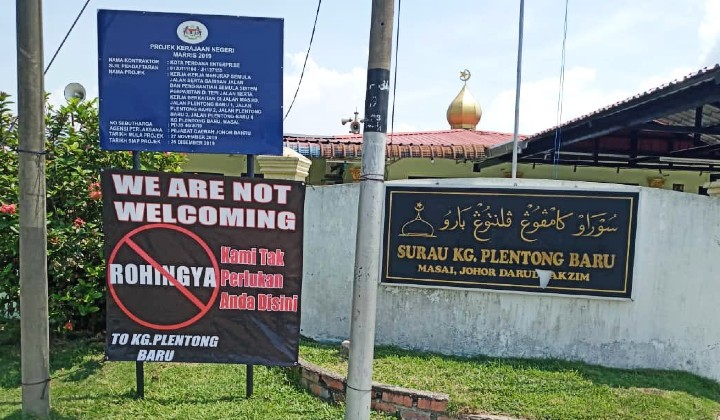 As public outrage grew over the xenophobic anti-Rohingya banner displayed in front of a surau in Johor, the state’s monarch Sultan Ibrahim Sultan Iskandar commanded authorities to conduct a formal investigation into the matter.

Reportedly, the banner was also displayed in several mosques, suraus and surrounding areas of the kampung.

With a statement made on Facebook, the Sultan had ordered Johor’s Islamic Religious Council (MAINJ) and the ketua kampung (village headman) of the village to investigate the occurrence and report back to him personally as the matter had brought negative connotations towards religious institutions in Johor.

The Sultan also urged the public to stop spreading rumors and speculation on the matter.

The issue has become a rather sensitive topic in the country as the government had made prohibitions on foreigners from entering and taking part in religious activities at mosques and suraus across the country over fear of the Covid-19 pandemic.

It was noted that the surau committee were not the ones responsible for putting up the banner in the first place and that all banners have been taken down.