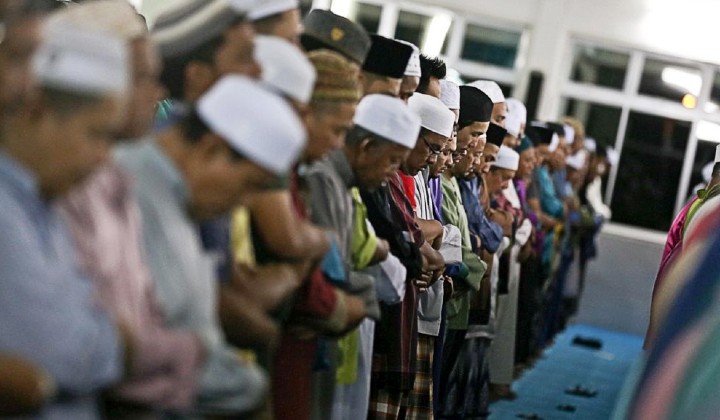 If you missed out on yesterday’s announcement, our Religious Affairs Minister Datuk Seri Dr. Zulkifli Al-Bakri said that starting today (Friday, June 12) Malaysian Muslims will be allowed to attend congregational prayer and other religious activities at mosques and suraus within green zones in the Federal Territories during the Recovery Movement Control Order (RMCO) period.

According to the minister, masjids and suraus will now be open to communal Friday prayers and other mass prayer sessions with attendance being limited to one-third of each prayer hall’s maximum capacity.

But as each state government has autonomy over their own rules when it comes to Islamic matters, state religious authorities across the country have provided their own standard operating procedures (SOP) and guidelines for its citizens;

For the Selangor, the state will be allowing only a maximum of 40 people to attend Friday prayers and other mass obligatory prayer sessions at 39 selected mosques in the state.

However, suraus within the state are still closed off to the public.

Although Negeri Sembilan is adopting guidelines provided by the federal government to allow selected mosques and suraus to fill up to capacity, today’s Friday prayers are still limited to a congregation of between four to 12 people.

Negeri Sembilan’s state religious authorities said that the government would only allow the public to return to houses of worship on June 19 to allow for mosque authorities to prepare accordingly.

The state also discourages people over the age of 60 to attend congregational religious activities with respect to the Covid-19 crisis.

In Kedah, the 12-man limit for congregational Friday prayers will remain until the state government sees fit to allow more people to join in communal religious activities at masjids and suraus.

At the moment, it appears that all other states could maintain their original SOPs for mosques and suraus that were put in place during the MCO period.

And besides Perlis, the Federal Territories and all other states still maintain prohibitions on foreigners entering and taking part in religious activities at masjids and suraus across the country.