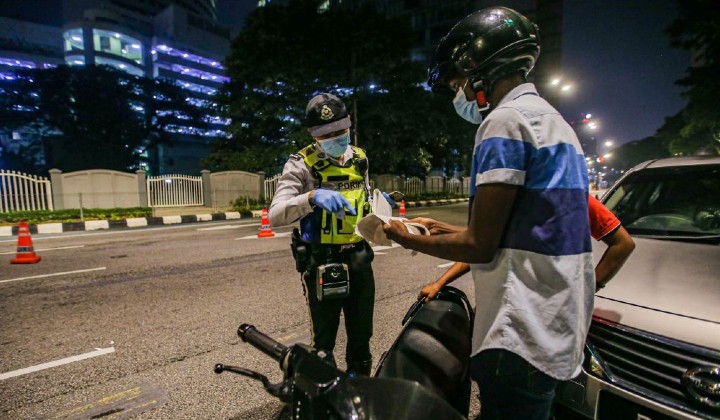 With the Recovery Movement Control Order in full effect, Malaysians are now free to crowd the country’s roads, travel across state borders and take that long overdue balik kampung trip to their hometowns.

As traffic is expected to increase in the following days, authorities will be out in full force to monitor it.

Around 1,500 traffic police personnel will be on duty nationwide to ensure that our roads remain safe and of course to saman those who disobey the law.

The Bukit Aman Traffic Investigation and Enforcement Department (JSPT) said that cops would be stationed at strategic locations along the nation’s highways and main roads besides conducting regular patrols to make sure that road users abide by traffic rules and regulations.

JSPT expects the traffic volume to increase exponentially, especially for vehicles traveling from the Klang Valley to the northern, eastern and southern parts of the country.

JSPT will also be deploying its “42 Squad” intelligence unit specifically to monitor the roads for any pesky convoys and motorcades and crack down on any illegal street racing that may occur during the RMCO.

According to police, authorities would be taking a similar approach to enforcement as they had during the Movement Control Order (MCO) period and are ready to clamp down hard on any street gang related activities.

Police also advised the public to be vigilant and mindful of the road conditions to limit the number of incidents and ensure everyone would get to their destinations safely.