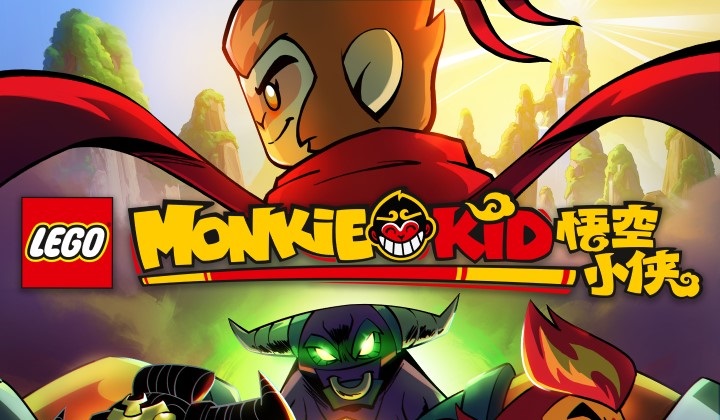 We’re all quite familiar with the fun, colourful and witty world of LEGO movies, so their latest animation, Monkie Kid Mini Movie is bound to get heads turning.

Based on the legend of the Monkey King from the classic Journey to the West novel, the movie will premiere on Malaysian TV for the first time ever this Saturday, 13th June!

The 44-minute movie is actually an extension of LEGO Group’s first ever Chinese inspired theme, Monkie Kid that starts a new chapter where the 500-year-old tale ends.

LEGO is such a creative medium and I’ve used to create my own stories since I was a kid. With this new theme, we asked ourselves, “Do we dare to create the next chapter of this story?”

And indeed they dared. The movie follows an ordinary boy named MK, who spends his days fawning over stories of the Monkey King’s adventures while working at a noodle restaurant run by the familiar Pigsy.

Then one day while out on deliveries, he stumbles across Princess Iron Fan and Red Son who are about to use the Monkey King’s staff to free the Demon Bull King.

While their endeavour is successful, the magical staff winds up in the curved LEGO hands of MK and an epic adventure ensues.

MK is now a superhero, determined to stop the Demon Bull King and his army of Bull Clones from taking over the city.

He’s not alone, though. His band of loyal friends consists of familiar characters from the original legend, including the White Horse Dragon who’s now reinvented as a brand new character named Mei.

LEGO’s Senior Design Director Simon Lucas who spent two years on creating this new theme admits that the original legend and even MK’s transformation is a very LEGO trait, especially his ability to rebuild and adapt swiftly to challenges.

We noticed that everyone has a connection with Monkey King’s story. From grandparents to kids, the tale remains united through the generations. It’s sort of like LEGO, too, where everyone can build together.

So while the movie may seem like it’s one for kids, it’s pretty much amazing content for the whole family to enjoy. The animation is beautiful, the pacing is quick with witty lines, and the entire journey is just pure fun.

There’s also some great tongue-in-cheek dialogue on LEGO’s self awareness. One instance is when MK finds a jet and says, “Can’t be too hard to fly, it’s for ages 8 and up!” – alluding to the product’s age advisory label.

To catch all this fun, families can tune in to TV3 at 10am this Saturday, 13th June to catch the Monkie Kid Mini Movie.

Find out more about the bright new world of LEGO Monkie Kid on their website (HERE).