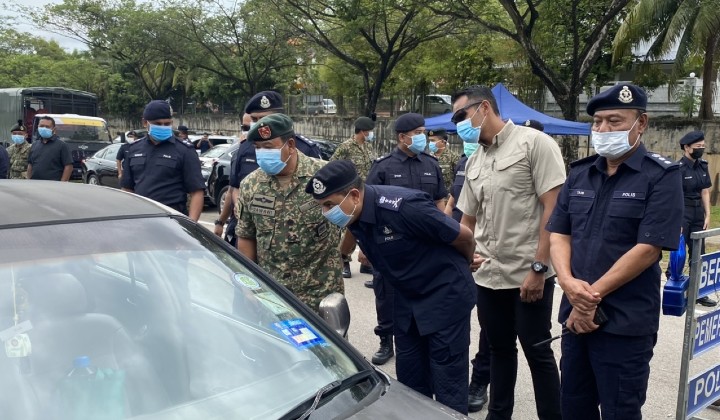 Meanwhile, during the same 84-day period, 26,366 individuals were arrested for various offences and 20,720 individuals or 78.6% have been charged by the police.

Between 18 March and 9 June this year, 10,875 individuals were issued compounds.

Bukit Aman Criminal Investigation Department Director Datuk Huzir Mohamed said offences committed leading to the compounds were MCO violations such as gathering during the Aidilfitri, interstate movement and others.