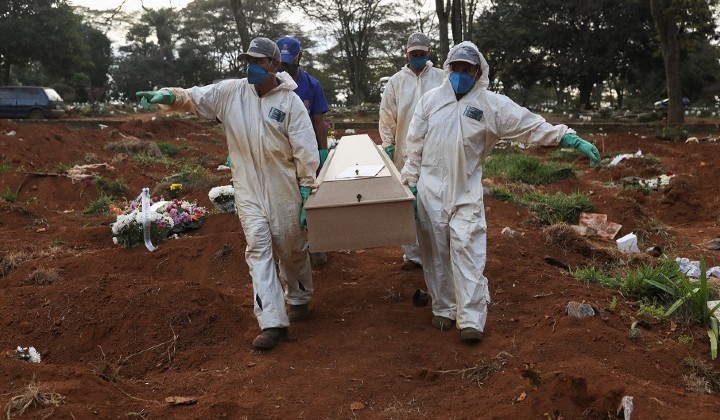 The country with the second-largest number of Covid-19 cases, Brazil has removed the data on the pandemic from public view.

Brazil’s Health Ministry has stopped displaying the number of confirmed cases, which is said to have exceeded 672,000 with a death toll of close to 36,000, which is now more than Italy as of 6 June.

It’s also second in the number of cases behind the United States which is now close to 2 million according to data from John Hopkin’s University.

The Ministry and the country’s Prime Minister Jair Bolsonaro did not explain as to why the move was made, although it’s used by the public to track the pandemic.

FMT reported that the official page which shows the tally was brought down on Friday and was replaced on Saturday with a different layout which are only deaths, cases and recoveries within the last 24 hours.

Brazil’s ruling government were also criticised for their decision to push back the release of their daily tally to 10pm from around 5pm previously.