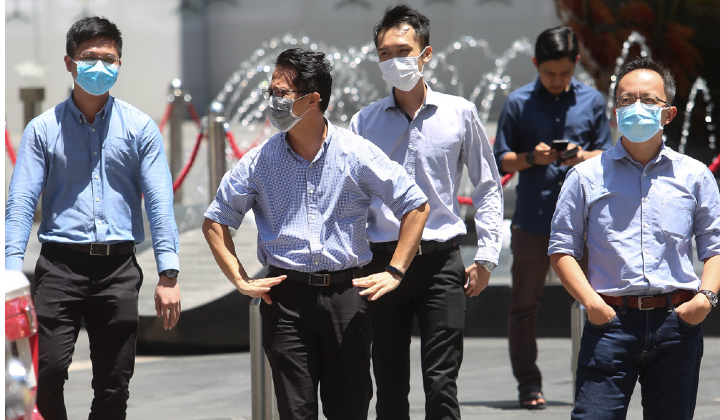 The government introduces the National Economic Rebuilding Plan (PENJANA) with 40 initiatives worth RM35 billion with RM10 billion being a direct fiscal injection from the Government.

One of the key areas addressed in the announcement is regarding the welfare of employees, the self-employed and the unemployed.

Since its introduction, Prihatin and Prihatin for PKS packages, the wage subsidy program has been welcomed by both employees and employers. This 3-month program has saved over 2.2 million jobs.

To assist the company in the transition period of economic reopening, the government will extend this wage subsidy for another 3 months.

As the economy is gradually opening up, the wage subsidy is set at RM600 per month for up to 200 workers per company.

For tourism sector workers and those who are involved in economic activities prohibited during the MCO period, and who have been required to take unpaid leave, employers may apply for a wage subsidy provided that the worker receives direct subsidy payments.

To encourage employer recruitment, the Government will introduce the Employment Incentive Program where companies will be given financial incentives to provide employment to the unemployed and youth.

It is estimated that 300,000 job seekers will benefit from two incentives:

First: Incentives for hiring under 40 year olds at RM800 per employee; and

Second: Incentives for employing unemployed people 40 years and over and the disabled for RM1,000 a month.

These incentives will be given for 6 months.

3. Allowances for upskilling and to tackle youth unemployment

To help and encourage the unemployed to improve their skills, training allowances of up to RM4,000 can be claimed from SOCSO by those who are unemployed, even though they are not contributors under the Employment Insurance Scheme.

In addressing the issue of youth unemployment and increase the employability of graduates, the government will also provide incentives to employers who provide apprenticeships to school leavers and graduates at a rate of RM600 per month.

The government will also allocate RM2 billion for skills development programs for the unemployed and the youth. This is expected to benefit more than 200,000.

This includes training and placement programs, implementation of short courses at selected institutions and training subsidies.

The government also plans to implement skills upgrading programs in key industries such as electrical and electronics as well as information and communication technologies and encourage the extension of learning through short-term courses and training subsidies.

4. Initiatives for the gig economy

For gig economies the government will also formulate policies to support this sector and RM75 million will be allocated for the following measures:

First: A grant of RM50 million in match funding will be provided for the gig economy platform to contribute to its employees under the SOCSO Occupational Disaster Scheme and the EPF i-Remuneration Scheme.

To coordinate and monitor the implementation of all of the above initiatives, the government will set up a National Working Committee. The Committee will be chaired by the Ministry of Finance and the Ministry of Human Resources with representatives from the private and public sectors.