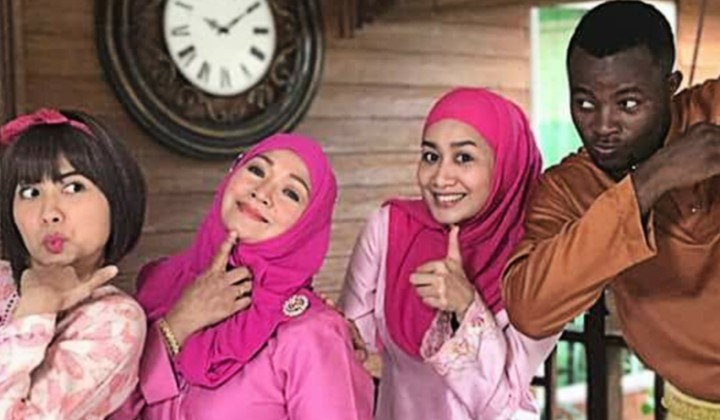 Subscribe to our new Telegram channel for the latest updates stories and updates.

In the height of the Black Lives Matter (BLM) protests in the United States (US), Malaysia’s paid cable-TV network is being put on the spot for recently airing a rerun of a 2017 Malay drama with an unsightly title; Cinta Bae Kicap.

The show produced by JD Production Sdn Bhd depicts the standard premise of a Malay soap-opera, where a Malay girl falls in love with an African boy whose relationship is frowned upon by her mother and the people around them.

Since the telemovie went back on the air, a number of Malaysian had come out to voice their concerns and disapproval online over the use of a racial slur against dark-skinned people, particularly those of African descent, in the show’s title as well as its content – as the word ‘kicap’ generally translates to mean ‘soy sauce’.

On Astro Prima now – Cinta Bae Kicap. And I’m just gonna leave the summary of the show here. You decide. I don’t know how I feel about this. pic.twitter.com/FCdwhY7E7A

In the drama they are calling an African guy as Si Kicap.

I wonder if it is rude or what?
Is it considered offensive?

In response to the social media firestorm, Astro came up with a statement saying that the title of the program does the drama injustice, as the show itself centers around an anti-racial message which the company explains is relevant in today’s context of systemic racism in Malaysia and around the globe.

….of the man the daughter is in love with. It is unfortunate that the title and program guide did not reflect the core values of the movie and we apologise for this. (2/2)

However, there are those who came to counter Astro’s argument, revealing that the broadcast network itself is rife with racism.

Facebook user Thiyagaraja Marimuthu, who claimed to have worked for the company for some three years, said that Astro simply does not care for racial sensitivity in its content.

In response to the ongoing conversation, the show’s lead male actor Kaiho Rikambura, an entertainer from Namibia, South Africa who regularly performs in Bahasa Malaysia, admitted to the fact that the title of the show is “a bit racist”.

However, the actor explains that he was compelled to take on the role in the comedy themed drama as it depicts the “good message” of changing society’s perception towards black people in Malaysia.

It’s not really a secret that the Malaysian media has been bluntly racist towards the Malaysian-black community.

These individuals are often depicted as a menace to society and associated with crime and drug syndicates as well as, of course, luring our local women away from Malaysian suitors.

The New Fantastic Beasts Movie Is Coming Out! Here’s How To Binge All The Harry Potter Movies At Home