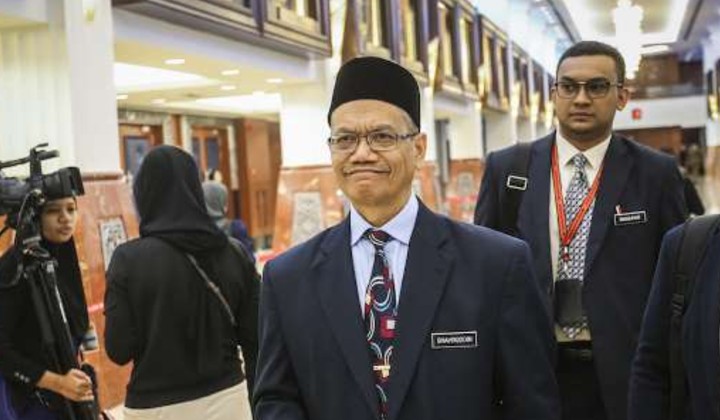 [Update] While Shahruddin Md Salleh has confirmed his resignation as Deputy Works Minister, Berita Harian reported that he will stay with Perikatan Nasional instead of jumping ship to Pakatan.

It was reported that he sent a personal letter to Prime Minister Tan Sri Muhyiddin Yassin signalling his support for the current premier and ruling coalition.

Dr M even posted a video of Shahruddin along with Bersatu’s anthem playing in the background.

According to a report by MalaysiaKini, he said he made an incorrect choice to join with the newly formed coalition and should’ve considered for his constituents in Sri Gading who voted for Pakatan Harapan.

The decision, he said, is the first step to rectify his wrongdoings and hoped the two top men in Parti Pribumi Bersatu Malaysia (Bersatu) – Chairman Tun Dr Mahathir Mohamad and President Tan Sri Muhyiddin Yassin – will patch things up.

Malay Mail reported earlier this week that the MP was considering to drop his role as Deputy Minister if it could strengthen Bersatu.

Shahruddin also said that he was willing to return to PH if it means that Bersatu will remain a key player in the country’s political scene.