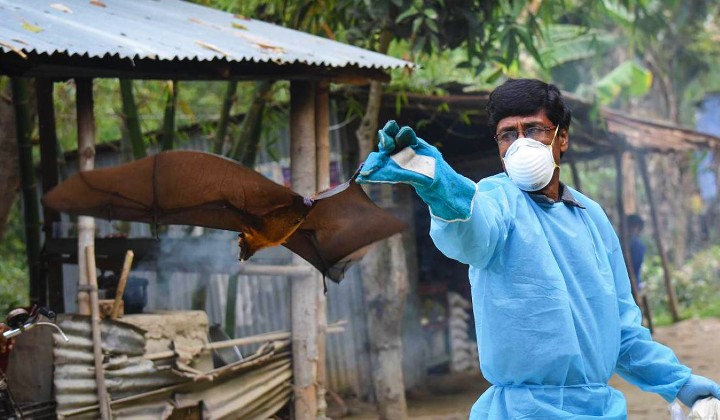 According to certain scientists, Malaysia is a leader against Covid-19. Our country has been lauded for our fast reaction times and an effective method to cope with the pandemic.

Just looking at how Malaysia is responding to COVID-19 and how well we are doing to maintain the spread of this virus. Malaysia is really showing itself as a regional leader in dealing with zoonosis.

But what exactly shaped Malaysia to be able to deal with Covid-19 so well? Is it, perhaps, because we’ve dealt with similar outbreaks before?

Our history with the Nipah Virus

In the month of September 1998, there was a strange outbreak in the pig farms in Malaysia, as pigs died and people fell sick. No one really knew why.

At first, the government thought it was a disease spread by mosquitoes. Yet efforts to curb mosquito populations didn’t help as animals and humans continued to die with a terrifying mortality rate of 40%.

Then, a local virologist discovered the culprit- a viral infection that attacked the brain system, named the Nipah Virus after the original outbreak in Sungai Nipah, Ipoh. The virus had come from the Malaysian flying-foxes (aka fruit bat), attracted to the farms when pig farmers tried planting fruit trees. It then spread to the pigs, and very quickly spread to the pig farmers themselves.

Once the cause was correctly identified, Malaysia’s response was swift and critical. All pigs were placed under surveillance, exports of pig products to other countries were immediately halted, and over 1 million pigs were culled- one of the largest pig-cullings the world has ever seen.

As a result, the Nipah virus was essentially eradicated within 9 months, with the last human fatality recorded on 27 May 1999.

What does that mean as Malaysia faces another viral outbreak, Covid-19?

Malaysia is actually one of the leading countries in dealing with the pandemic. Thanks to the swift implementation of the Movement Control Order (MCO), the country is already in the final recovery phase.

But it could only have happened because Malaysia had faced a similar threat before, and understood that speed was crucial.

Additionally, the government has put into place a lot regulations that other countries may balk at. Even if such decisions face initial resistance, the government has been diligent about educating the people with guidelines, explanations, infographics, and daily updates.

The Ministry of Health keeps communication frequent and clear with daily updates via SMS or social media, focusing on safety reminders, social distancing guidelines, and steady affirmation that the MCO has worked to bring down infection numbers.

Some new policies also promise additional security, even if it could cause inconvenience. Even during Hari Raya, many people chose to not return to their kampungs- not just because of the ban on interstate travel, but also due to understanding the significant risk of new cluster outbreaks.

Red zones, places with a high number of active Covid-19 cases, are put under Enhanced Movement Control Order (EMCO) to limit chances of the spread of infection and new cluster outbreaks as well. Those under EMCO found themselves well taken care of with the food aid supplied.

Malaysia was cited as one of the few countries that were prepared to deal with a pandemic in the early stages of the outbreak. As the MCO comes to a close and the country looks forward to recovery, it seems like that much is true.