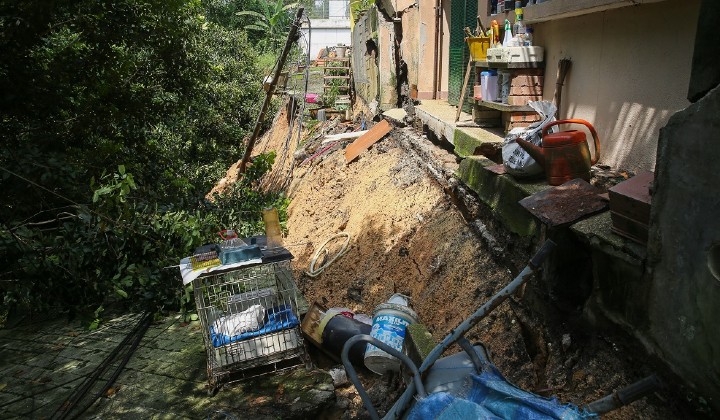 About 40 residents of seven homes were ordered to vacate their homes following a landslide at Ukay Club Villa earlier this morning, according to a report by Malaysian Gazette.

The report stated that the incident happened around 2 am and many homes were affected but no reports of death and injuries were reported.

According to the report, some of the vehicles in the area were also damaged by the fallen trees.

To date, all residents are not allowed to remain in their homes until they are authorised to do so from the local authorities.

The area is currently being monitored by the Fire and Rescue Department and Ampang Jaya Municipal Council enforcement personnel.

The last time a landslide happened in Bukit Antarabangsa was in 2008 which killed 4 and injured 15 people.