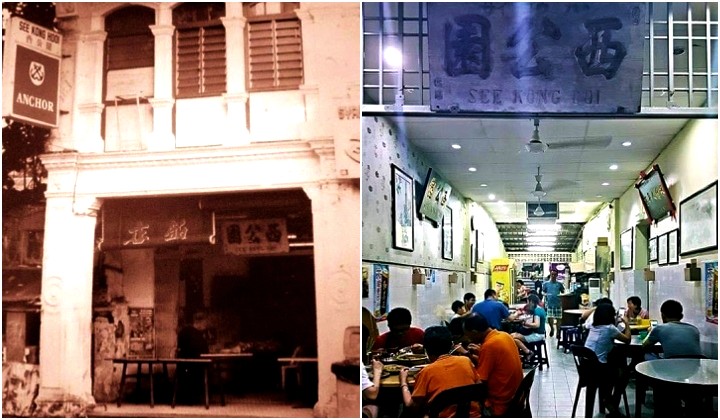 The iconic 84-year-old See Kong Ooi restaurant in George Town, Penang is calling it quits after weeks of battered business due to the pandemic-ridden economy.

Peter Tan, the third-generation owner of See Kong Ooi told The Star that the restaurant has not been able to fend off the effects of the movement control order (MCO) on its business, which has been closed since the MCO.

See Kong Ooi has been a household name for decades, first opening as a small coffee shop business in 1936 by Tan Kong Chye and his wife who sold drinks and toasted bread to customers of hotels along Transfer Road.

Tan, who moved to the island from the Fujian province in China decided to name his humble business See Kong Ooi after a lake on the Western part of China.

In the 1960s, the restaurant began welcoming more patrons as the area grew into a burgeoning red-light district. As more customers poured in, they began requesting for the porridge Tan and his wife used to eat in the shop.

At the behest of customers, they started cooking hot meals in the 70s and became one of the first few restaurants to offer home cooked meals according to customers’ demands.

The restaurant’s menu grew along with its popularity and it became a staple for family meals during lunch. In the recent years, See Kong Ooi was well known for its assam curry prawn or fish, steamed pork with shredded salted fish and kangkung sambal belacan.

Peter Tan, who took over the restaurant after his father died in 2008 that troubles had begun since the latter’s passing in a 2016 interview with Malay Mail.

After my father died, things went downhill… his friends who were our regulars stopped coming, we were struggling to get by and this was compounded by the road works in front of our restaurant in 2009.

The restaurant faced  another obstacle in 2012 when its landlord wanted to sell the premises, a double-storey pre-war building.

Peter told the English daily that the exorbitant prices of property in George Town as well as the high rentals within the Heritage Zone meant that there was nowhere for the restaurant to move to.

Yet, the restaurant managed to hold on – that is, until the Covid-19 pandemic hit.

Taking to Facebook to share the sombre news, See Kong Ooi wrote that after facing many trials and tribulations coupled with the pandemic, all good things will come to an end.

Unfortunately, the business that we guarded & inherited for 3 generations has to now enter the pages of history.  Thank you for the support throughout these years. Rest assured that we will return, albeit in another form.