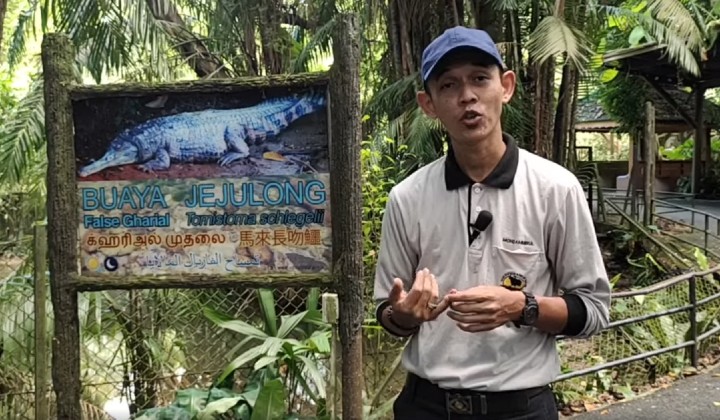 Taiping Zoo and Safari is trying a creative approach to promote the wildlife park via a virtual tour guide for visitors to understand more about the animals who call the place home.

With the tagline of “Online Now Onsite Later”, the zoo also aims to publish informative videos once every two weeks to raise the interest of the public to come and visit when the Movement Control Order (MCO) is fully lifted.

According to zoo director Dr Kevin Lazarus, said the series of videos would showcase endangered animals living inside the zoo.

So far, they’ve made a few videos with the latest one featuring a Buaya Jejulong or False Gharial.

According to reports by Malay Mail, since the MCO began, the zoo had suffered some RM400,000 losses monthly with RM170,000 being spent on food for the animals.

Once it is able to operate again, Kevin said the zoo will comply with regulations set by the Ministry of Health including limiting the number of people who can visit at any one time.