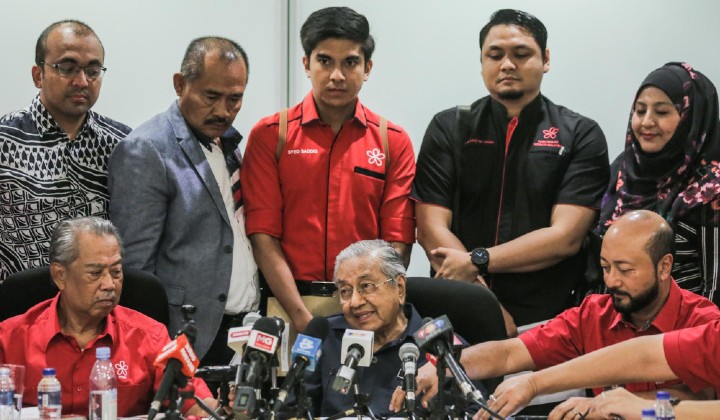 All five politicians were apparently terminated from the party for sitting at the opposition’s side of the bench during the one-day Parliament session on May 18, signaling their defiance towards the Perikatan Nasional (PN) administration.

Previously Dr. Mahathir had announced his resignation from as Bersatu chairman on February 25 before returning to the post on February 27.

Then on May 5, a letter by the Registrar of Societies (RoS) had confirmed Dr. Mahathir’s withdrawal as Bersatu chairman and that its party president, Tan Sri Muhyiddin Yassin would be made as the party’s acting chairperson.