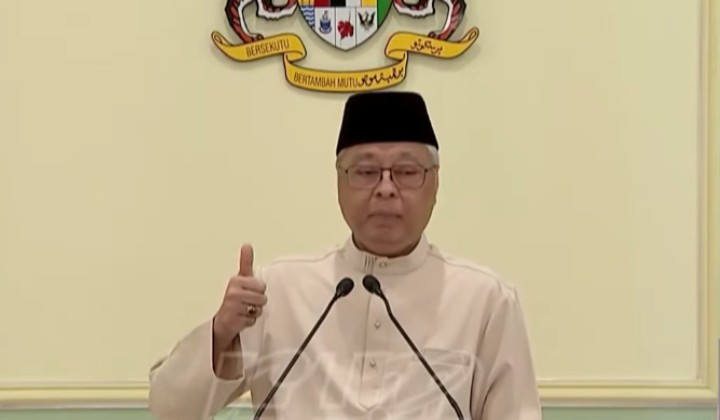 3,212 vehicles were caught trying to cross state lines and balik kampung for Hari Raya and were ordered to turn back.

Ismail reiterated that Malaysians are not allowed to going out of state during the festive season, especially to celebrate Hari Raya.

MKN to charge for quarantine hotels

Starting 1 June, those who come back from overseas and are quarantined in hotels will now have to pay for their stay there.

Malaysian citizens are required to pay half of the total RM150 cost, which is RM75, while the other half will be borne by the government.

Non-Malaysians, including Permanent Residents (PRs), will have to pay the full amount which is RM150.

Those who want to come back are required to sign an agreement to pay via the relevant embassies, which will then issue the approval letter to return to the country.

Meanwhile, he said, the Immigration Department will ensure that airliners make it a must for passengers to have that document with them before departing.

Government allows for filming during CMCO

The government has given the green light for production companies to start filming during CMCO but only after the Aidilfitri festivities and they have to adhere to procedures set by the National Security Council and the Ministry of Health.

He said based on the feedback given by the Ministry of Communications and Multimedia, although the government will allow for shoots to be done after Raya, due to preparations, production companies are likely to start at the end of June.

There are a few procedures that they have to adhere to:

He said the crew still have to practice social distancing and scenes which require actors to be close are not allowed but Ismail said that its up to the creativity of the production studio to make the actors appear close together.

For now, the government only allows filming for dramas, movies and advertising while live performances such as theaters and concerts are still banned.